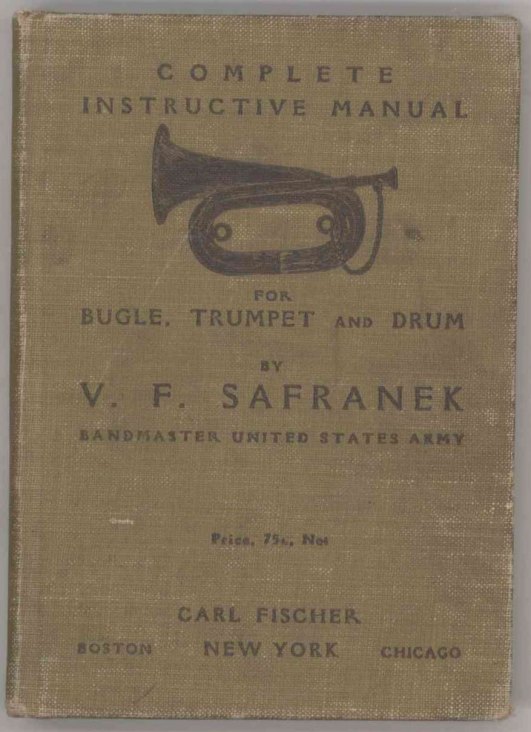 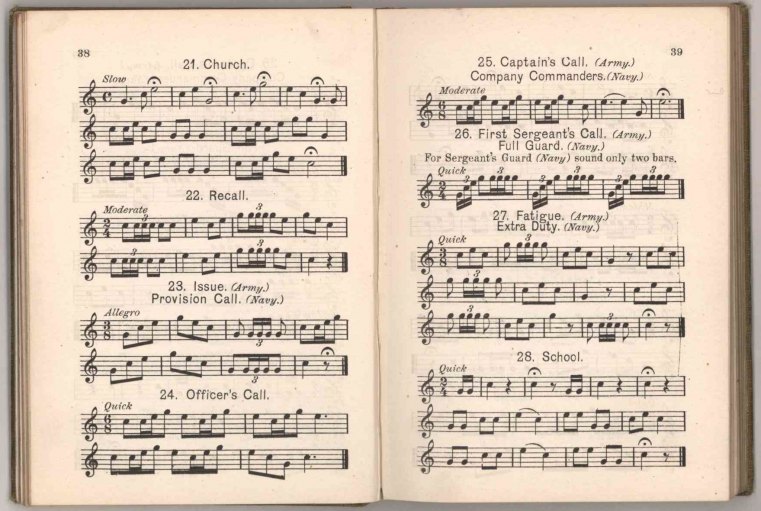 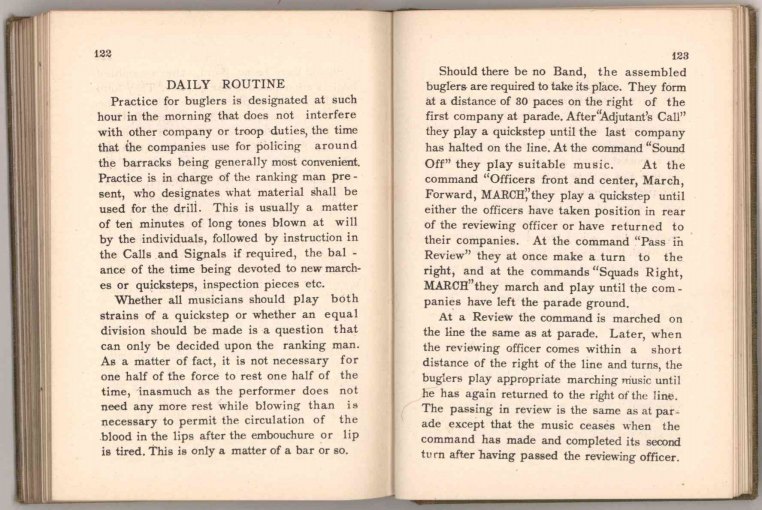 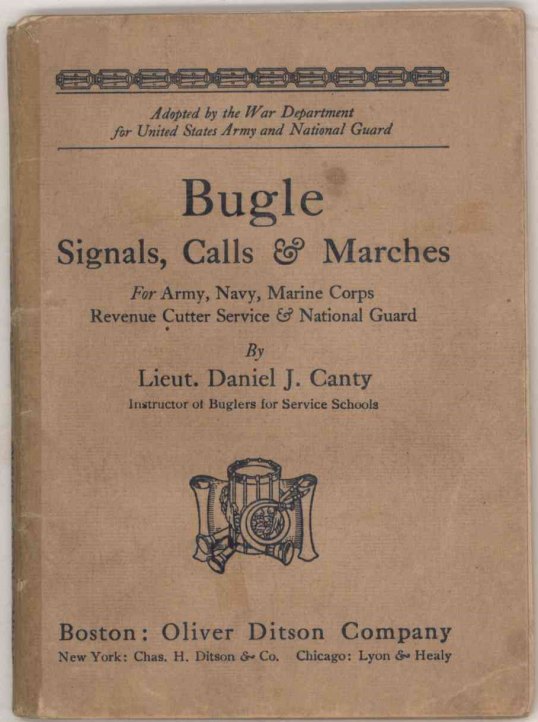 A book of trumpet and bugle calls published in the final year of World War I, replete with call lyrics, instructions for braiding trumpet cords and signaling, warm-up and practice exercises, as well as guidance for daily routines, inspections, and practice sessions. The volume's small size enabled a solider-bugler to keep it in his pocket.

Vincent Frank Safranek was a Czech-born musician who, after immigrating to America, served as a United States Army bandmaster for thirty years. He augmented the bands under his charge with alto and bass clarinets, oboes, and French horns, and often employed expanded reed sections. He also composed and arranged a great volume of band music and was appointed for a time the "Chief Band Arranger" at Carl Fischer.