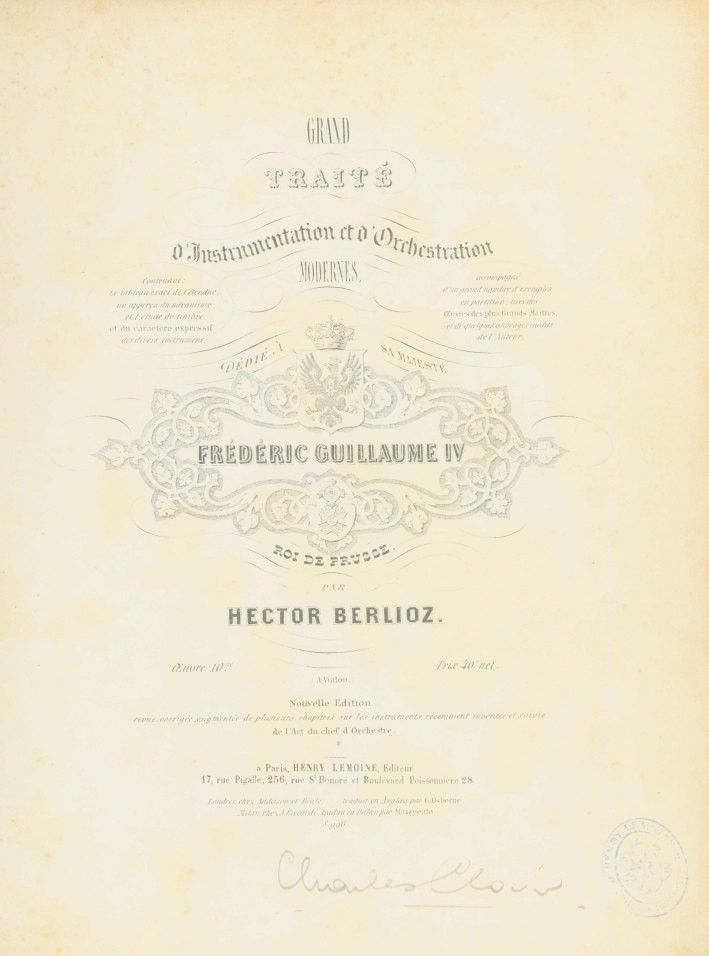 Click Image to ZoomEnlarge Image
Hopkinson lists an engraved edition of c. 1860 by Henry Lemoine as a "variant" of this treatise's second edition, which was originally published by Schonenberger in 1855. Both the Lemoine and Schonenberger second editions share the same plate number (S. 996), pagination, and title page text. This particular copy seems to be a slightly later lithographed issue of Lemoine's 1860 second edition "variant."
Berlioz's landmark treatise was first published in 1844. The second edition of 1855 included a new chapter on conducting and is therefore considered the more desirable of the two.
Inquire
MTH-15028$450