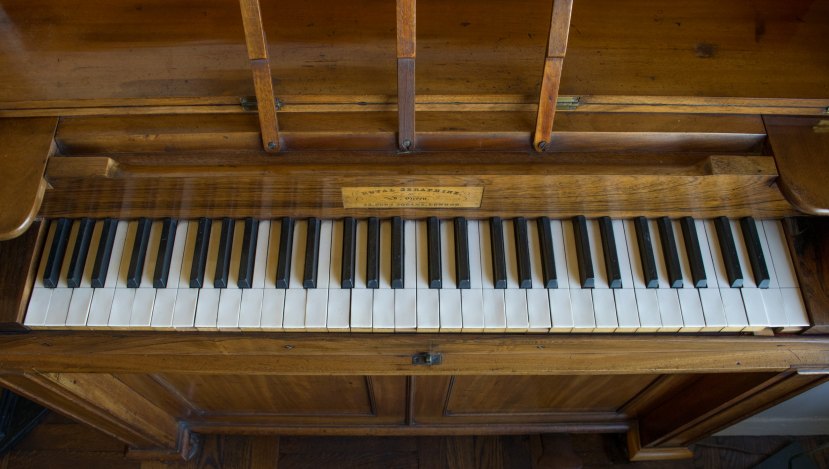 Click Image to ZoomEnlarge Image
A handsome free-reed harmonium with a walnut case, designed with back paneled in the same manner as the front so that it would look attractive from all sides (for instance in a church or on a stage). In addition to the foot pedals, the instrument has a foot-operated swell (raises the entire upper back above the keyboard and produces a very loud volume of sound). The front panel is labeled: ROYAL SERAPHINE / BY / J. GREEN / 33. Soho Sq. London.
The Royal Seraphine was the deluxe version of the Seraphine, the organ introduced by the London keyboard maker John Green, who had previously worked for Clementi. An advertisement of the time reads: This truly extraordinary instrument is brought after some years exertion and experience, to the greatest perfection. The beauties of which are not to be equalled for sweetness of Harmony and Melody, coupled with an extraordinary power of Tone, which astonishes every hearer; although in size not larger than a Chiffonier. Being highly finished at the back and portable, may readily be removed to the centre of the room or from one to the other, without the least inconvenience, or danger of being out of tune.

Various versions of reed organs and harmoniums were developed in the 1830's and early 1840's as substitutes for larger organs. They flourished particularly in England and Germany.