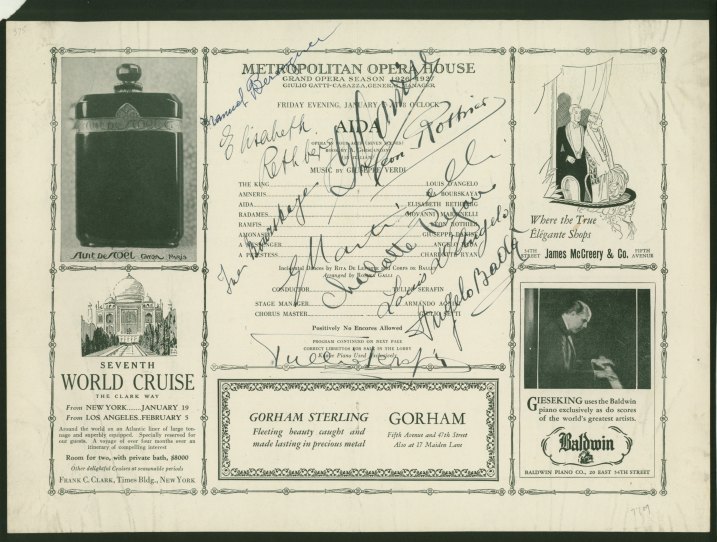 Click Image to ZoomEnlarge Image
Verdi's Aida was prominent in the Met's repertoire in the 1926-27 season, in a revival featuring soprano Elisabeth Rethberg ("who can sing anything beautifully," wrote Samuel Chotzinoff of the New York Post of the Nov. 10, 1926, opening night) in the title role and Giovanni Martinelli as Radames. The cast for the Jan. 7 performance differed slightly from opening night, but with just as much star power. Rethberg and Martinelli led a cast that included Ina Bourskaya (Amneris), Giuseppe Danise (Amonasro) and Léon Rothier (Ramfis), with Tullio Serafin conducting.

On the verso is a program from the Dec. 20, 1926, performance of Wolf-Ferrari's I Gioielli della Madonna, signed by Giovanni Martinelli, who had created the role of Gennaro in the work's Met premiere a year earlier.