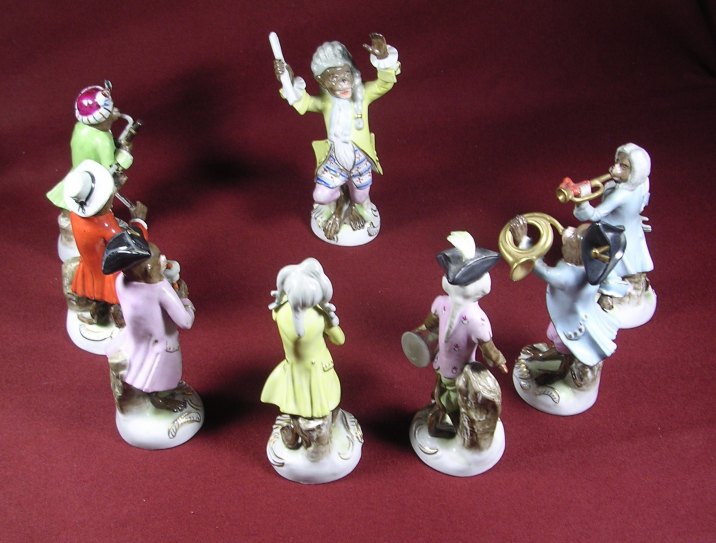 Click Image to ZoomEnlarge Image
A fine set of eight ceramic figurines of the famous monkey band, including a trumpet player, a bagpipe player, a drummer, a bassoonist, a violinist, a clarinetist, a horn player and a conductor. Porcelain with enamel, glaze and gilding. Each monkey is on an oval white and gold leaf rococo base, each in 18th-century human dress.
The monkey band, modeled by Johann Joachim Kändler, was introduced by the firm of Meissen in 1753 for the King of Saxony and designed after drawings done for Madame de Pompadour, mistress to Louis XV in the late 1740s. It was an idea emanating from the contemporary aristocratic craze for monkeys performing human pursuits. It became instantly popular, reproduced by Meissen until the 20th-century and regularly copied by other German porcelain factories.