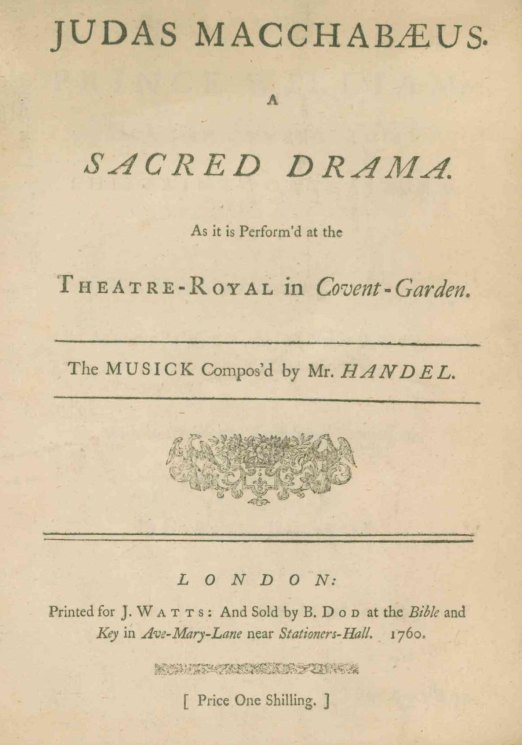 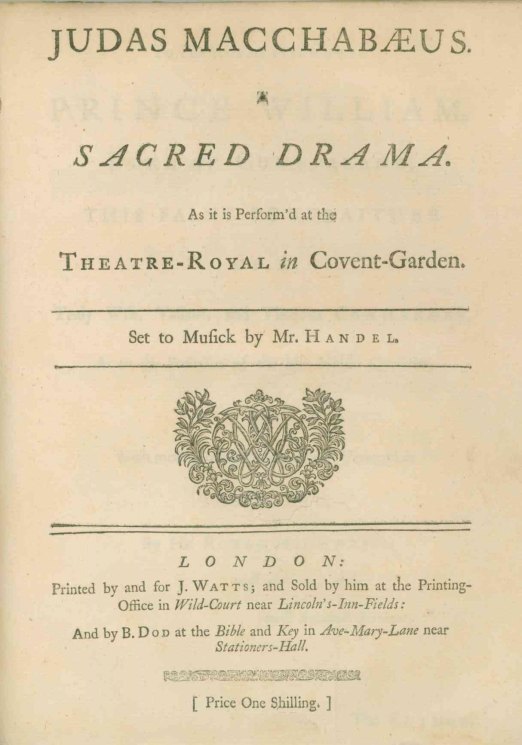 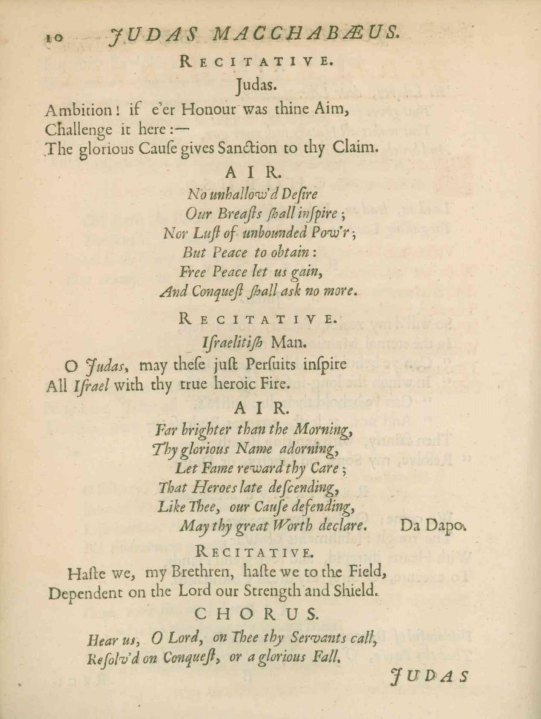 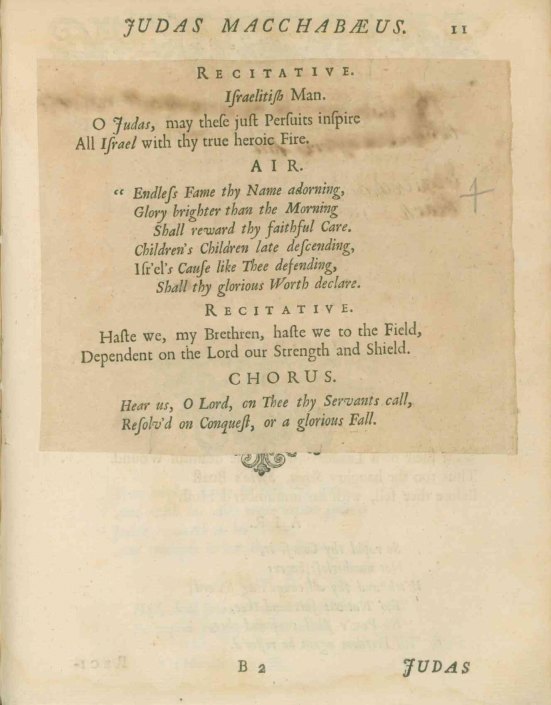 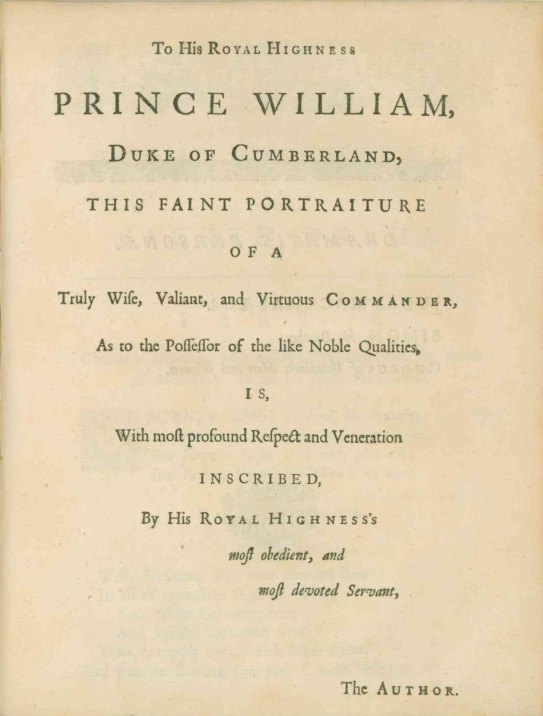 Two early editions, bound together, of the libretto to Handel's celebrated oratorio Judas Maccabæs, the first dating from c. 1752 and the second from 1760.

Following its premiere in 1747, Judas Maccabæus was subjected to various changes, cuts, and interpolations throughout the first decade of its performance history. These librettos evidence some of those modifications:

The libretto from c. 1752 reflects changes Handel himself made by 1751: he moved the Israelite recitative "O Judas" to the end of Part I and swapped the original air "O Liberty" for "Endless Fame thy Name adorning" (which originates in his own earlier oratorio Ester). In this copy, someone has pasted the texts for the recitative and air, which were originally published on an insert, onto page 11 (see images).

The same Israelite recitative is followed by yet a different air, "Far brighter than the Morning", on p. 10 of the libretto from 1760. This switch was evidently made for a performance in late 1756 and remained in favor through at least the early 1760s.

Both librettos contain a dedication page to Prince William, Duke of Cumberland. Handel wrote the oratorio to mark the Duke's victory at the Battle of Culloden in 1746.
Inquire
BKS-15529$275