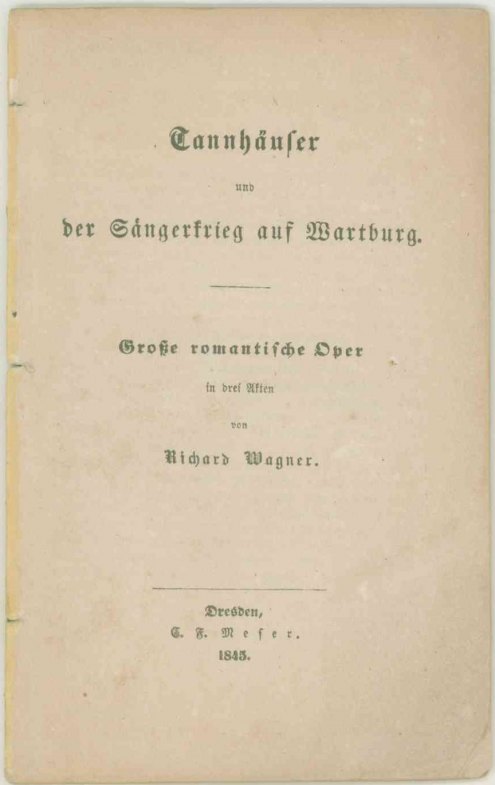 Click Image to ZoomEnlarge Image
Wagner began work on a prose draft of Tannhäuser in 1842 and completed the libretto in 1843; the finished opera premiered under his baton in 1845. As the work traveled across Europe in subsequent decades Wagner would revise it heavily; in Paris, for instance, it was translated into French and gained a ballet.
Inquire
BKS-15255$150