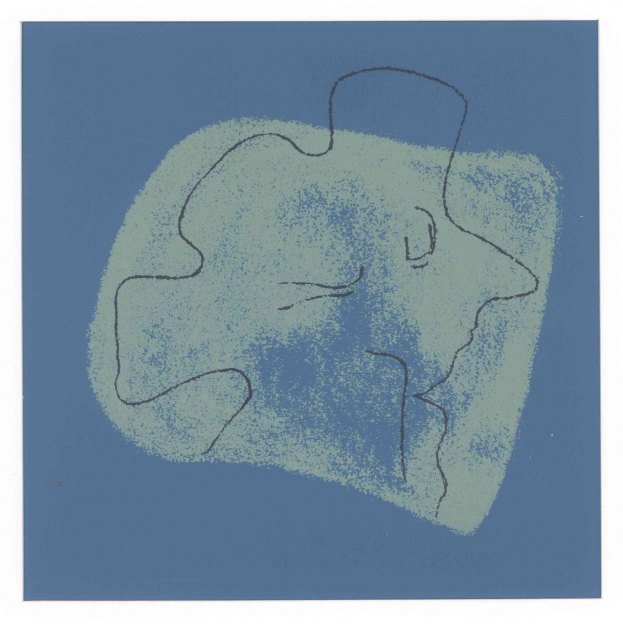 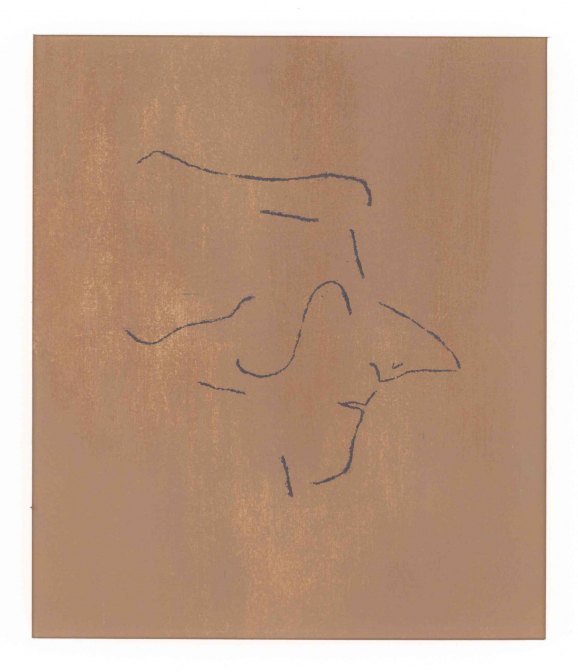 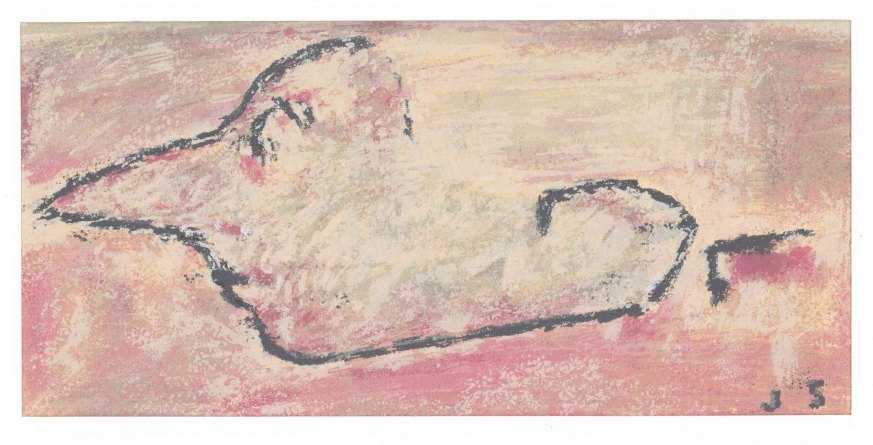 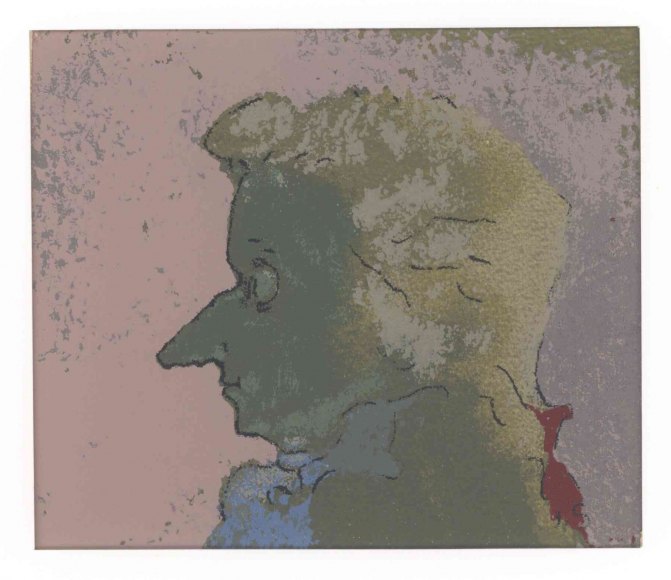 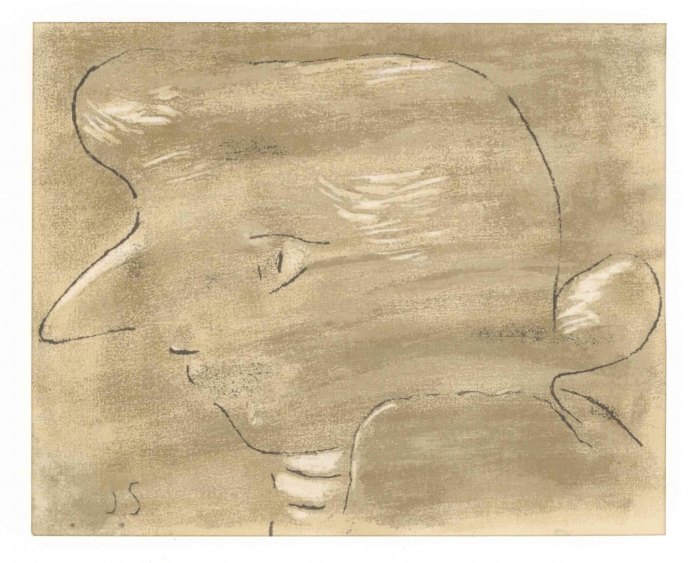 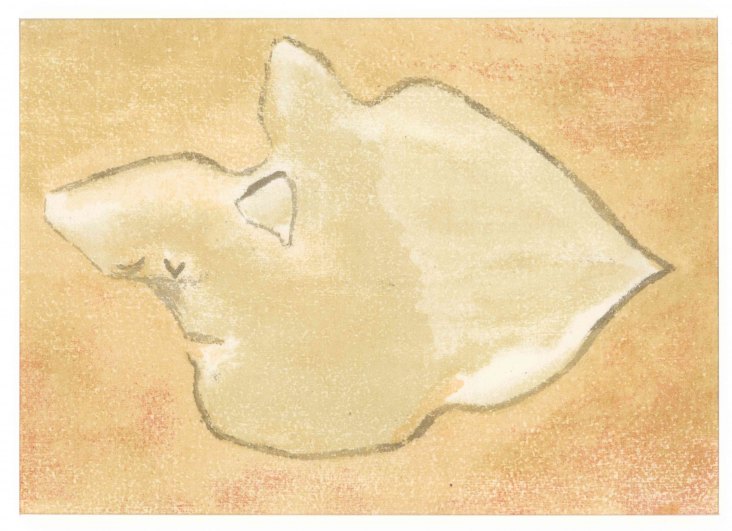 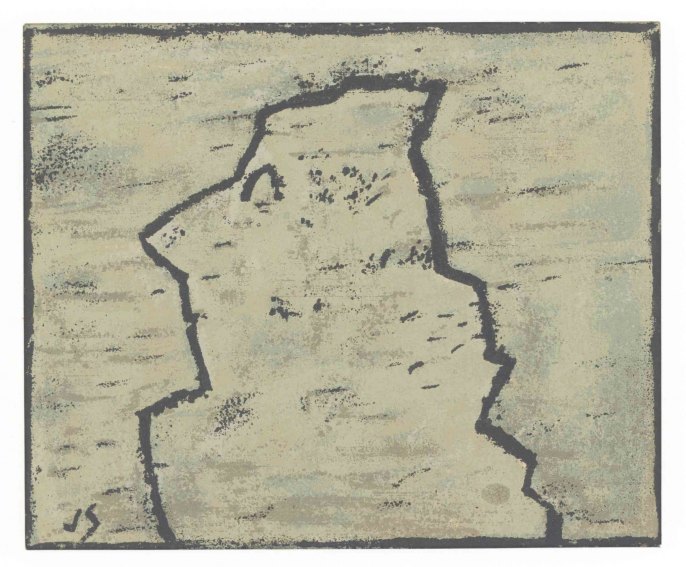 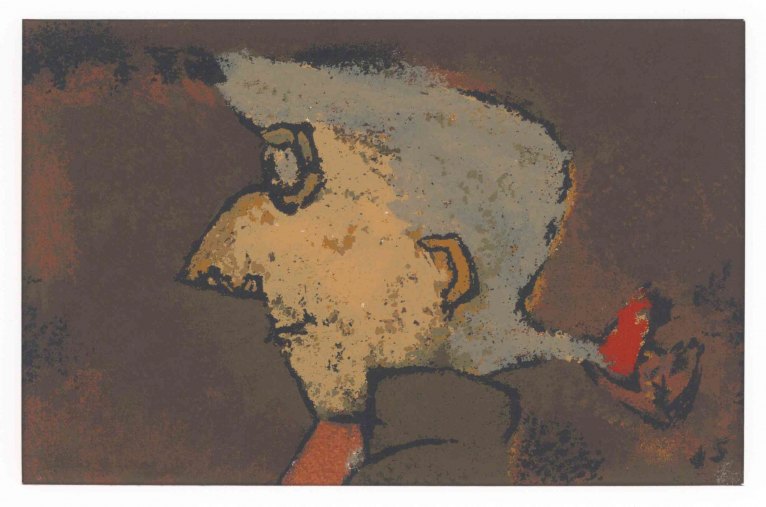 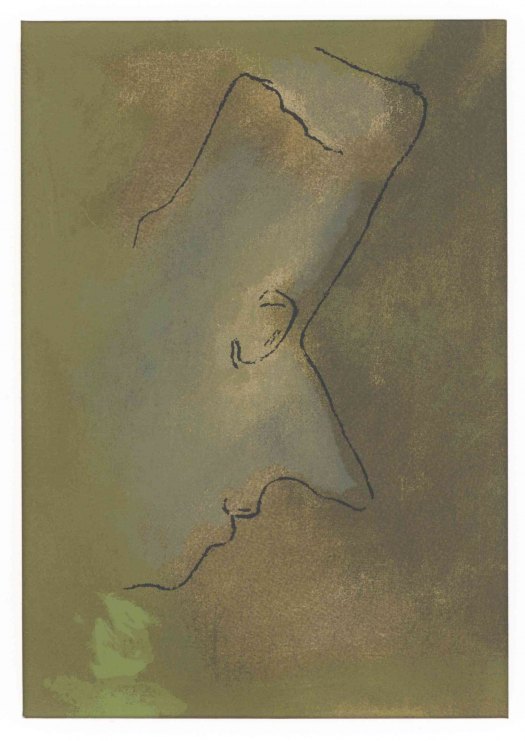 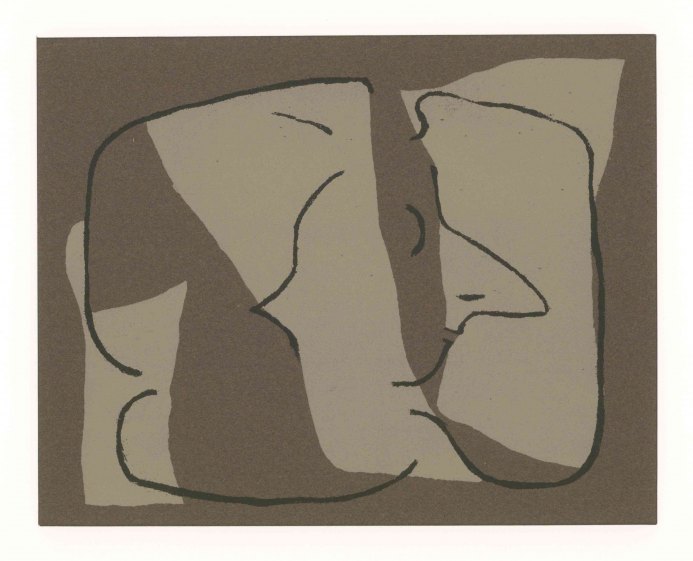 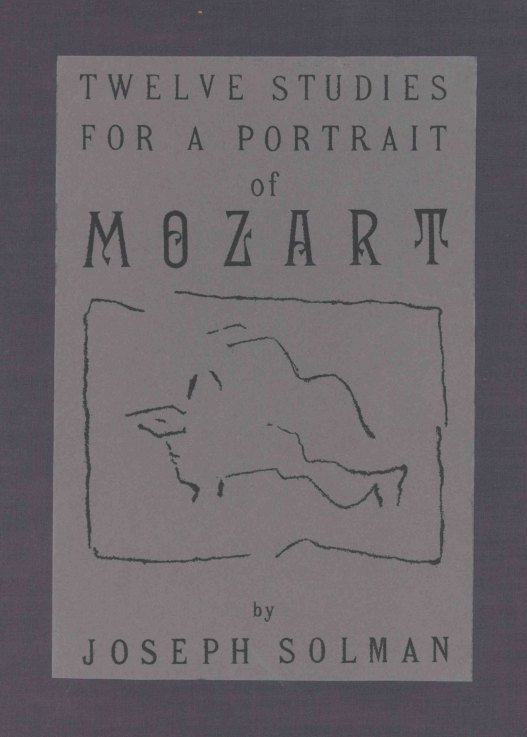 The arresting and often amusing series starts with a realistic and fairly conventional portrait of Mozart, expanding to variations which finally include one showing only ears and brain. The muted colors present an almost pastel-like appearance.
Joseph Solman was a founding member of a group of young artists called "The Ten", which included Rothko, Polotiwsky and Ben-Zion. He has secured a prominent reputation as a major American painter.

In the introduction to 1966 his book Joseph Solman, A.L. Chanin of the Museum of Modern Art writes: After Pearl Harbor Solman worked in defense, in New Jersey shipyards and as an isometric draftsman for Pratt and Whitney Aircraft. In the evenings, as a relief from the dry precision of his work he embarked on a long-cherished project - 'imaginative sketches of my idol in music, Mozart.' From among more than thirty varied watercolors of the Olympian composer's profile, Solman, with the expert help of Leonard Pytlak, silk-screened the twelve finest.