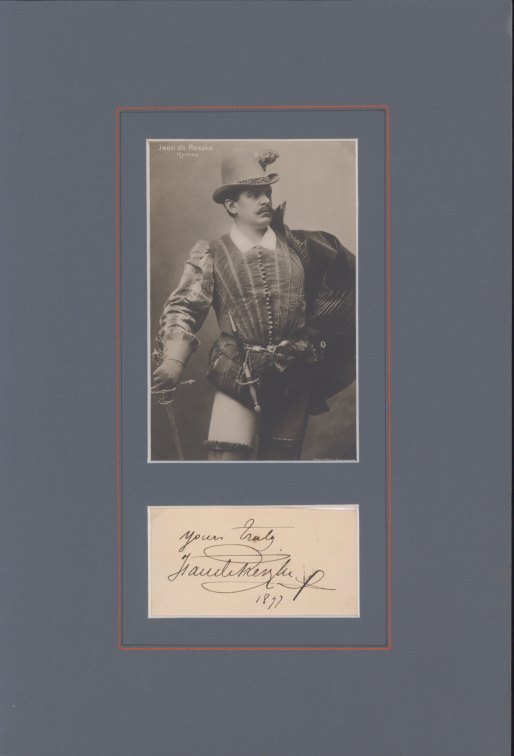 Click Image to ZoomEnlarge Image
Full signature, dated 1897, on a small card. Matted with a famous, dashing image of the tenor as Roméo in Gounod's Roméo et Juliette.
A perfect memento of Jean de Reszke's legendary career, as Roméo was a signature role for the handsome, stylish, highly regarded tenor. Polish-born and Italian-trained, he was already a star at Covent Garden (and a favorite of Queen Victoria's) when he made his Metropolitan Opera debut in 1893. His career at the Met lasted only six seasons, but it was a string of triumphs in heroic Italian, French and German roles, often opposite his good friend Nellie Melba. Jean de Reszke retired in 1904 (just as Caruso arrived internationally) and made no commercial recordings, yet his singular reputation has never faded. His students included Bidù Sayao, Claire Croiza, Arthur Endreze, Leo Slezak and Maggie Teyte.
Inquire
SIG-09066$300