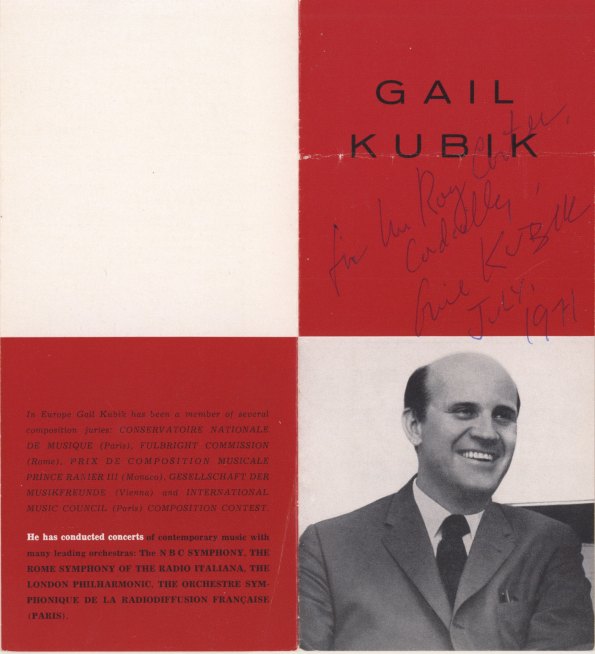 Click Image to ZoomEnlarge Image
The noted American composer signs and inscribes the front page of a brochure that outlines his accomplishments and bears his image.

The pamphlet offers a list of Kubik's film scores, a list of the institutions at which he has lectured both at home and abroad, and a list of various awards he has won, including the 1952 Pulitzer Prize for his Symphony Concertante.