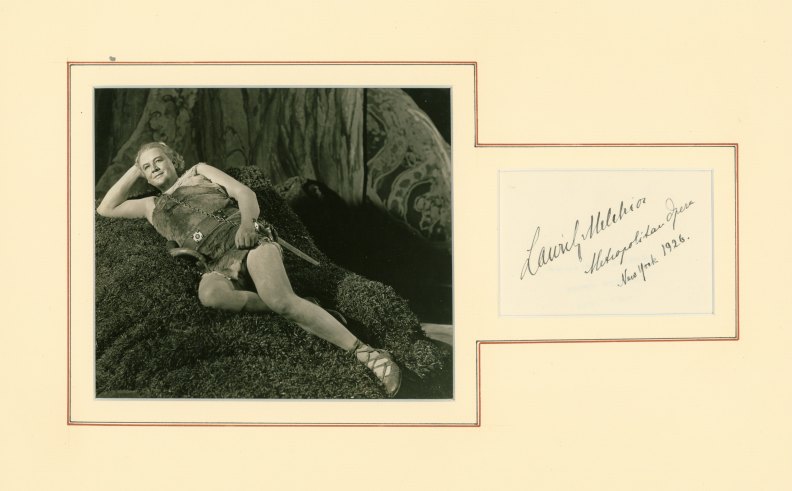 Click Image to ZoomEnlarge Image
Full signature, signed "Metropolitan Opera / New York 1926" (the year of his Met debut), matted with a character portrait of Melchior in one of his signature roles - as Wagner's Siegfried.
Originally a baritone, Danish-born Lauritz Melchior became the most acclaimed Wagnerian heldentenor of the 20th century. He debuted at the Metropolitan Opera in the title role of Tannhäuser in 1926, fresh from triumphs in London and in Bayreuth, where he had learned the Wagner repertoire under the supervision of Wagner's widow Cosima and son Siegfried. For most of the next 25 years however, Melchior made his artistic home at the Met, almost exclusively singing Wagnerian roles, opposite such singers as Kirsten Flagstad, Marjorie Lawrence, Helen Traubel and Astrid Varnay. Rarely have these long and demanding roles been sung so consistently and with such clarion brilliance.
Inquire
SIG-00727$175