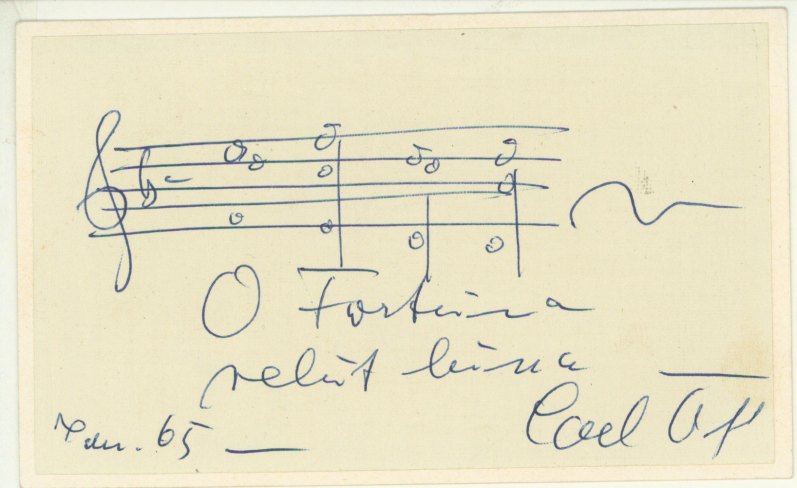 Click Image to ZoomEnlarge Image
The incipit of Orff's celebrated Carmina Burana.
This immensely popular cantata was Carl Orff's first major work. It realized his goal of creating a "total theater," or piece in which music, words, and movement produce an overwhelming effect for the audience. The influence of Italian Baroque opera, which he studied extensively, is evident throughout. It is easily Orff's most beloved composition.
Inquire
AMQ-12756$1,000