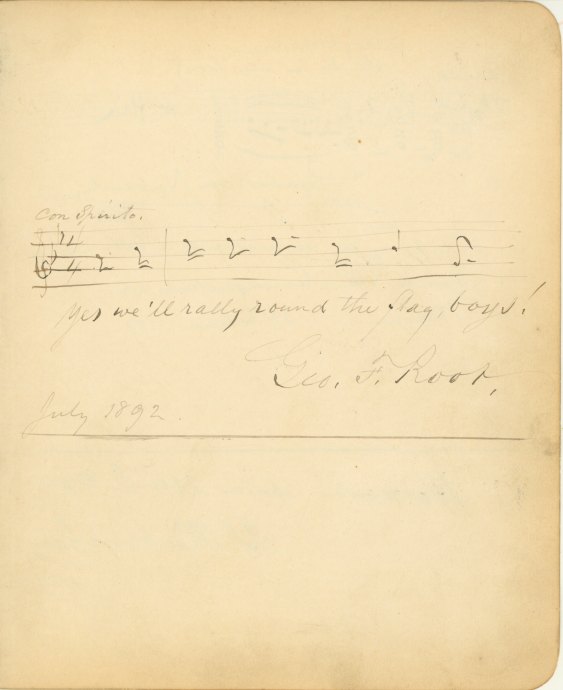 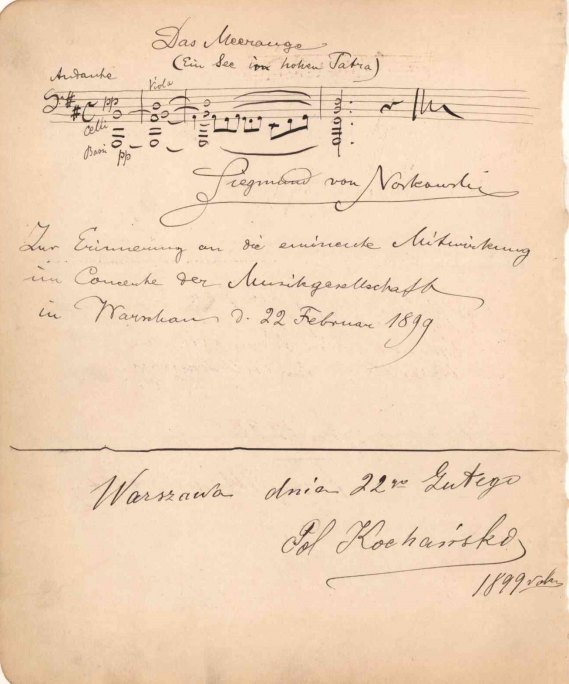 Root pens, signs, and dates a one-bar quotation of his famous "Rally 'Round the Flag", complete with lyrics and a tempo marking. Although the ink is rather fine in places, the entire leaf is legible.
"The Battle Cry of Freedom", more commonly called "Rally 'Round the Flag", was published as the American Civil War waged in 1862. The song became so popular that the publisher could not keep up with demand, even while operating fourteen printing presses simultaneously. Lincoln used the song in his 1864 presidential campaign and Louis Moreau Gottschalk admiringly suggested that it should have become the American national anthem.

On the verso the Polish composer Zygmunt Noskowski (1846-1909) has written a quotation from his concert overture Das Meerauge with a nostalgic sentiment beneath his (Germanized) signature. An additional unidentified signature also occupies the lower third of this page.