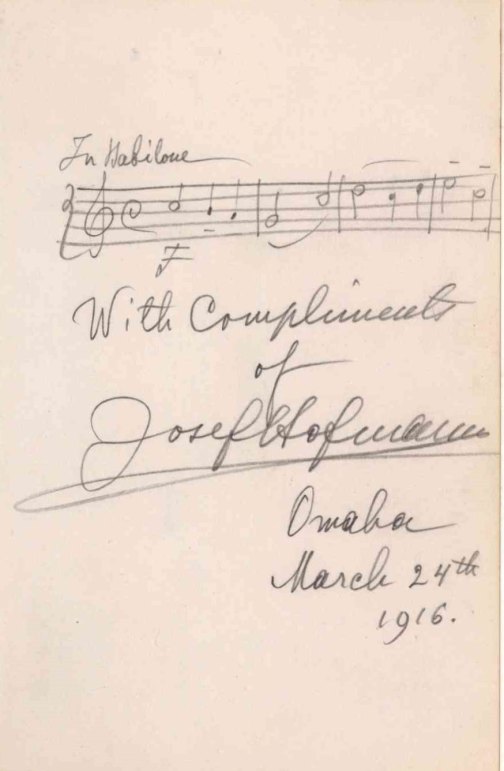 Click Image to ZoomEnlarge Image
The Polish-American pianist pencils four bars in C major on a treble clef, signing broadly with sentiments beneath.
Between 1910 and 1930, Josef Hofmann was widely considered the greatest interpreter of the Romantic piano repertory. He was the dedicatee of Rachmaninoff's Third Piano Concerto (though Hofmann never played it, complaining of it having too many notes), and was the first professional musician to ever be recorded -- by Edison himself, no less, in 1887. Much like Edison, Hofmann was also a prolific inventor, registering over 70 patents for devices relating to cars, planes, furnaces, and player pianos.
Inquire
AMQ-01686$325