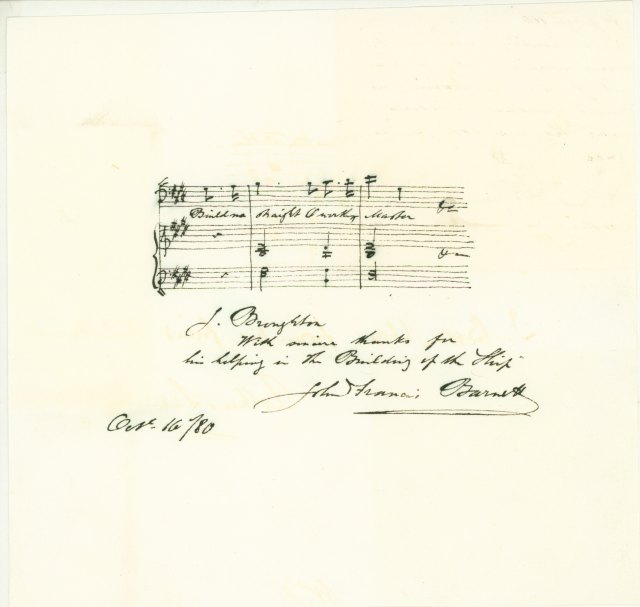 Click Image to ZoomEnlarge Image
The English composer (and noted pianist) offers three bars of "Build Me Straight O Worthy Master" from his cantata The Building of the Ship, based on a poem by Henry Wadsworth Longfellow of the same title. He composed the cantata for the 1880 Leeds Festival and inscribes this quotation to the festival's director, James Broughton, with sincere thanks for his helping in the Building of the Ship.
The Leeds Festival was a triennial music festival inaugurated by Queen Victoria in 1858. Several notable conductors and composers participated in it throughout the later nineteenth century, including Michael Costa and Arthur Sullivan.
Inquire
AMQ-01592$300