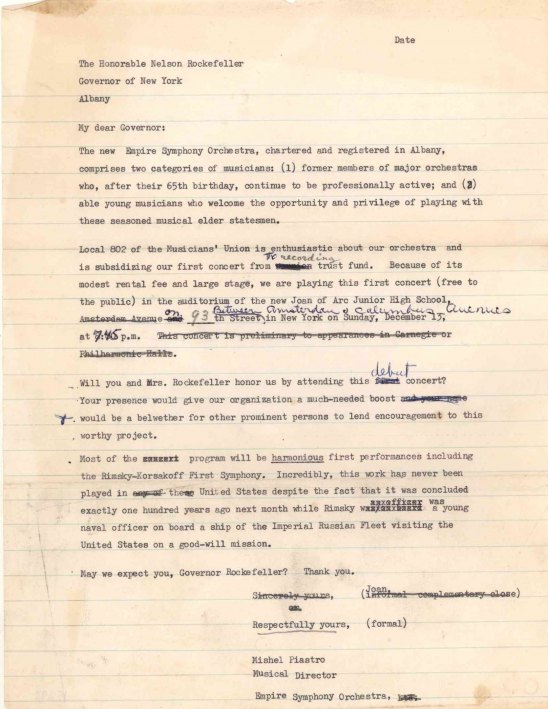 Click Image to ZoomEnlarge Image
Mishel Piastro, longtime concertmaster of the New York Philharmonic, writes to invite New York Governor Nelson Rockefeller to the inaugural concert of the Empire Symphony Orchestra. As Piastro states in his opening paragraph, the ensemble is comprised of (1) former members of major orchestras who, after their 65th birthday, continue to be professionally active; and (2) able young musicians who welcome the opportunity and privilege of playing with these seasoned musical elder statesmen. Piastro is the conductor of the enterprise and asserts that the governor's presence would give our organization a much-needed boost and would be a belwether for other prominent persons to lend encouragement to this worthy project.
Inquire
ALS-15290$75