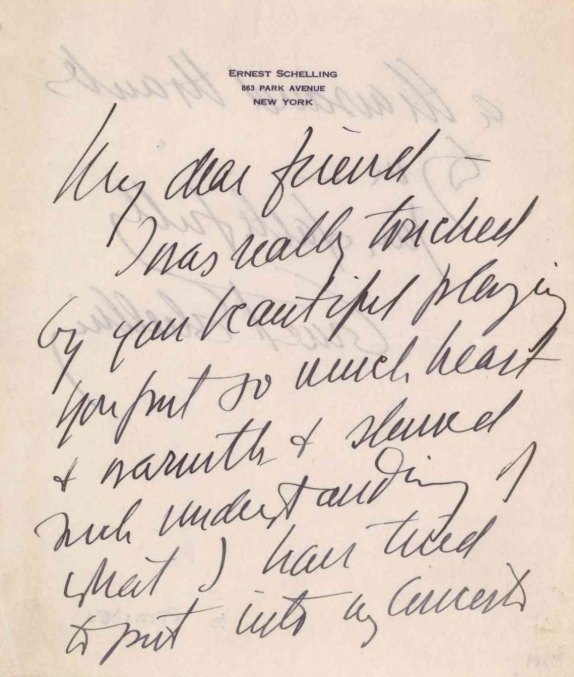 Schelling writes to compliment Mishel Piastro, longtime concertmaster of the New York Philharmonic, on a recent performance of his music: I was really touched by your beautiful playing. You put so much heart + warmth + showed much understanding of what I have tried to put into my concerto.
Ernest Schelling was an American pianist, composer, and music director who served as the first conductor of the New York Philharmonic's Young People's Concerts as well as the driving force behind the establishment of that series. He was the only pupil of Ignaz Paderewski, with whom is continued a close friendship until the elder's death. Schelling completed his Violin Concerto in 1924; it is unclear if this letter relates to its premiere.
Inquire
ALS-15289$175