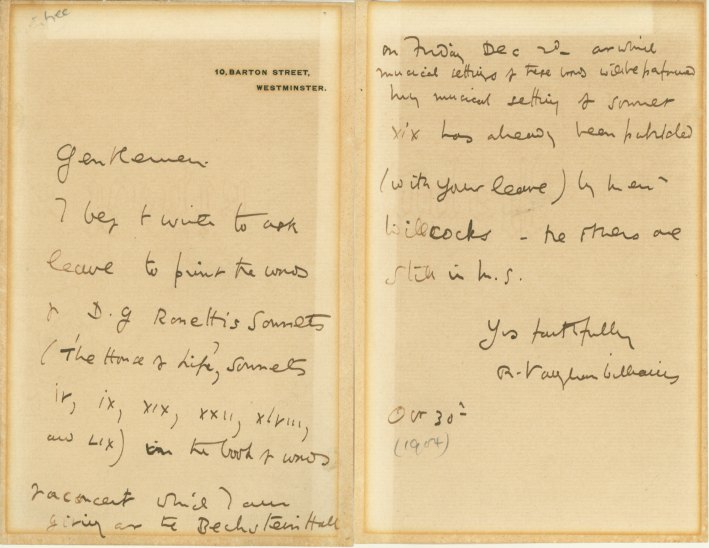 Click Image to ZoomEnlarge Image
A rare early letter by the noted English composer referring to the first performance of The House of Life:

I beg to write to ask leave to print the words of Dante Gabriel Rossettis Sonnets ('The House of Life', Sonnets 1V, 1X, X1X, XX11, XLV111, and L1X) in the book and words for a concert which I am giving in the Bechstein Hall on Friday Dec. 2nd in which musical settings of these words will be performed. My musical setting of Sonnet XiX has already been published ...

The House of Life was composed in 1903 and had its first performance in December 1904, with soprano Edith Clegg and pianist Hamilton Harty. This was one of the three song-cycles which were Vaughn Williams' first major works in the period 1895-1906, the others being the cantata for voice and piano Willow-Wood, which was also composed in 1903, and Songs of Travel, was premiered at the December 2nd concert with The House of Life.

Early letters by Vaughn Williams referring to his music are extremely scarce.