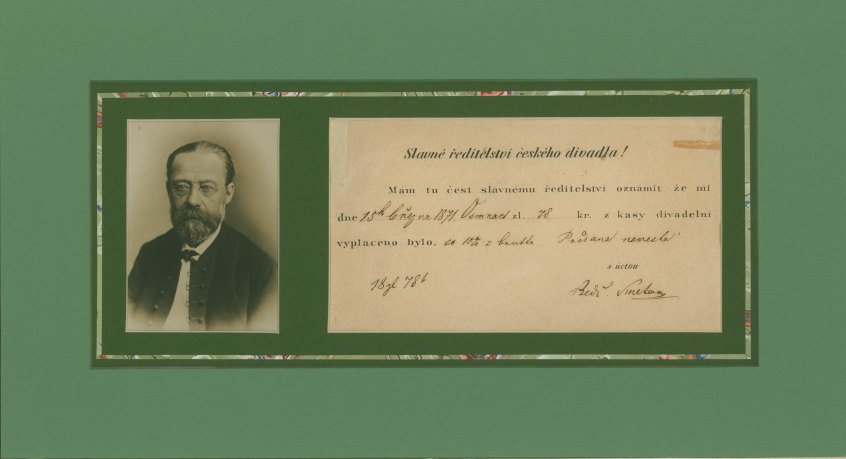 Click Image to ZoomEnlarge Image
A rare receipt for proceeds from The Bartered Bride, his most famous opera.

The "Father of Czech Music" confirms to the directors (of the Czech Professional Theatre) that he has received 18 zlatnik/78 koruna or 10% of the income from the opera.

The preeminent Czech composer Bedrich Smetana was acutely aware of the need for new Czech works for the Prague stage when he became the principal conductor of the Prague Provisional Theatre in September 1866. The Bartered Bride was the second of his operatic works composed with this in mind. The opera first premiered in 1866 at the Provisional Theatre to an audience eager for original Czech opera, but it did not find lasting success until Smetana presented a revised version in 1870.