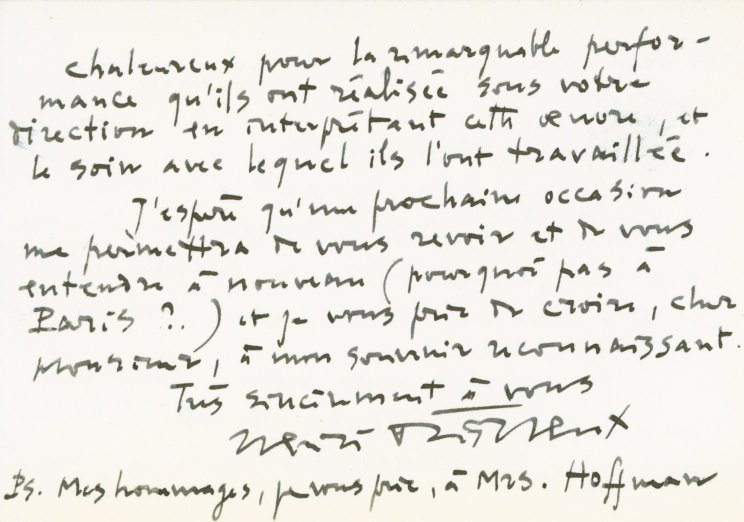 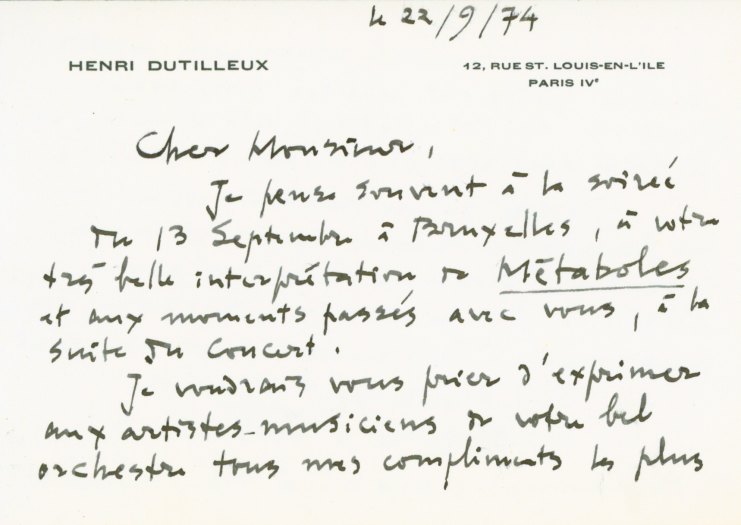 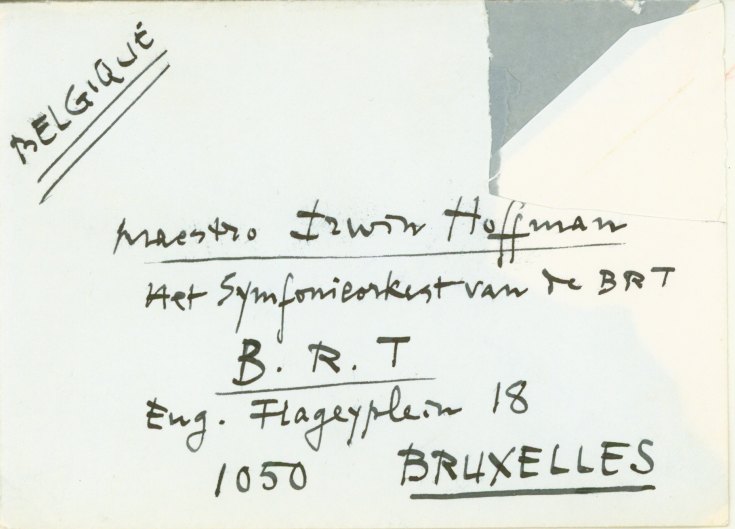 Dutilleux warmly thanks Hoffman for a recent performance: I think often of the evening of 13 September in Brussels, of your very beautiful interpretation of Métaboles, and of the moments we spent together after the concert. I would like you to express my compliments to the musicians of your orchestra for their remarkable performance.
Dutilleux composed the orchestral work Métaboles between 1959 and 1964. Its third movement, "Obsessionnel," is Dutilleux's only composition to use a twelve-tone row, a method he never fully embraced.