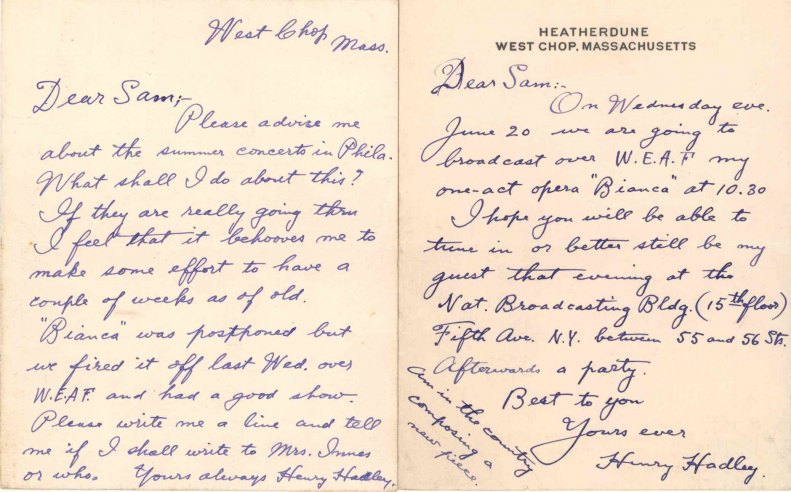 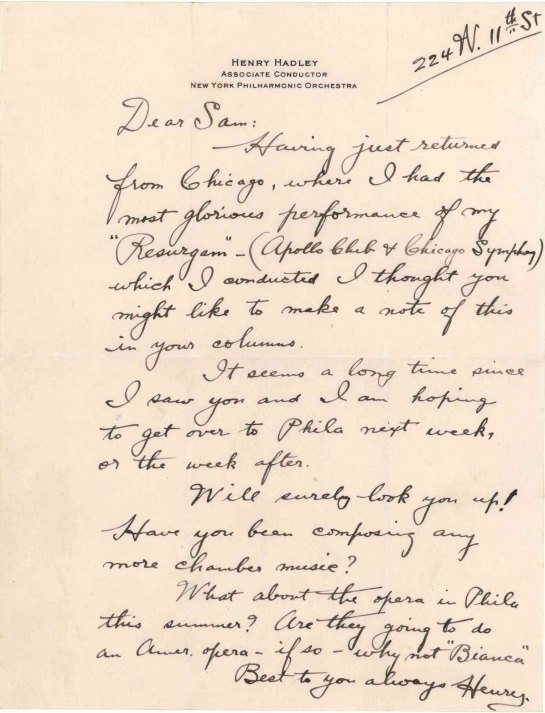 Hadley is addressing a friend who is apparently a journalist in Philadelphia, as twice he requests Sam to reproduce this in your paper; once prior to boarding a ship for Japan where he was invited to conduct six concerts with the New Symphony Orchestra of Tokyo (in 1930), and in another letter suggesting that Sam make a note of a glorious performance of my "Resurgam" - (Apollo club & Chicago Symphony) which I conducted. He also writes that he is - working on my new piece …It’s a whale of a work - boys voices as well as a big chorus, and 7 soloists. There are also mentions of '"Bianca", "Culprit Fay", and "Rhapsody".
Henry Hadley had an important career both as composer and conductor. His works were immensely popular, widely performed and published. He was the first American conductor to hold a full-time post with a major American orchestra, as associate conductor of the New York Philharmonic, later taking many other prominent positions including being the first conductor of the San Francisco Symphony. He was instrumental in establishing the music festival which became Tanglewood and, in 1933, founded the National Association for American Composers and Conductors which was dedicated to fostering American music.
Inquire
ALS-14002$1,250