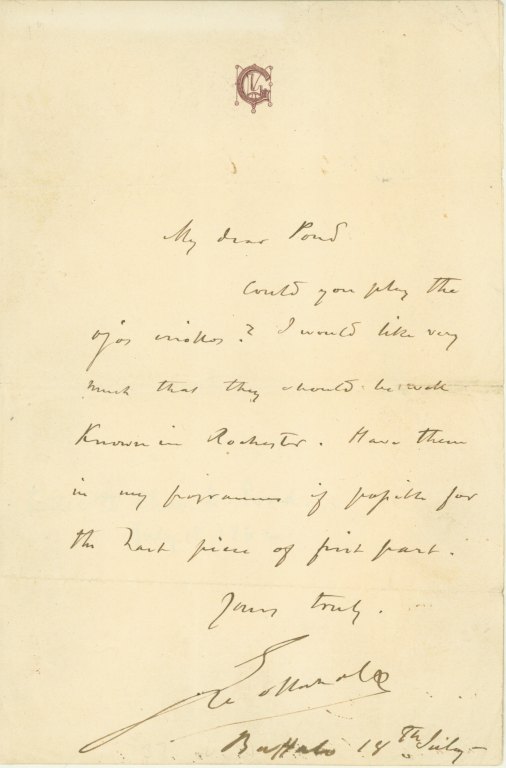 Click Image to ZoomEnlarge Image
Gottschalk, the great pianist who is also considered the first internationally acclaimed American composer, writes to James Burton Pond with a programming request: Could you play the Ojos Criollos? I would like very much that they should be made known in Rochester. Have them in my programme if possible for the last piece of the first part.

Gottschalk composed the piece in question, Ojos criollos (Les yeux créoles), op. 37, in New York in 1859 for piano four-hands, but arranged it in Havana the following year for piano solo. It consists of three movements: "Danse cubaine", "Caprice brillant", and "Contradanza".

James Burton Pond (1838-1903) was an abolitionist and Civil War hero who went on to become a sought-after manager of public speakers. His clients included Mark Twain, Booker T. Washington, and Arthur Conan Doyle, among many others, and he even promoted Winston Churchill's first tour of America in 1900.
Inquire
ALS-12786$1,300