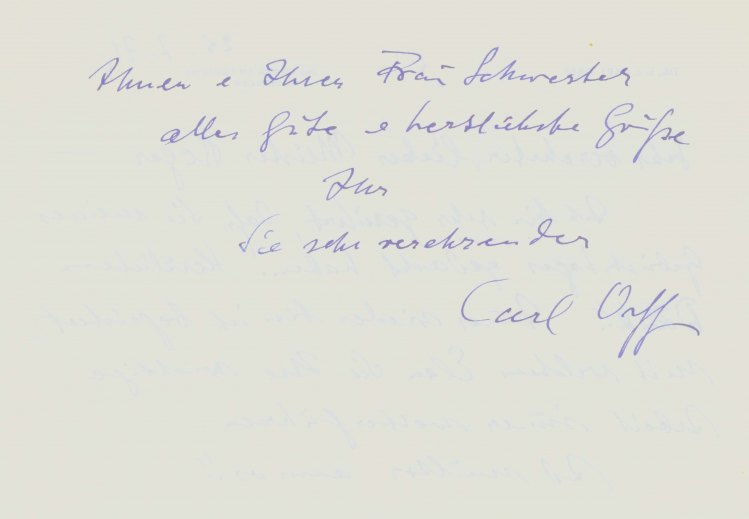 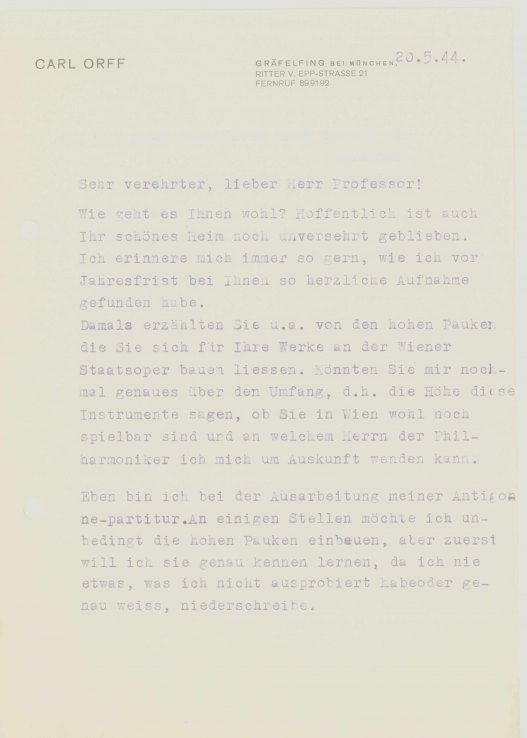 A collection of six letters with important musical content, four of which are to the German conductor Robert Heger.

Orff's realization and reworking of Monteverdi's opera scores in the 1920s figured among the most formative and influential projects of his early career, and by 1940, he had revised three of them: Klage der Ariadne, Orpheus, and Tanz der Spröden. The performances of these revisions are a major concern of three of these letters, as Orff writes about the ordering of the works in performance, cuts in the score, broadcasts, press, and more.

Orff wrote the letter of May 5, 1944 while composing his opera Antigonae. He inquires about some special high-pitched timpani that the correspondent had created in Vienna, wondering if they are still playable and who at the Philharmonic he might approach about using them. With Antigonae, Orff embraced an entirely new approach to operatic composition, using passages of Singstimmen, a capella singing, and melismatic, chant-like melodies, paired with tension-filled ostinatos and dark orchestration. Of note, too, is the enormous percussion section of the orchestra, which requires no less than ten musicians to play eight timpani, ten trough xylophones, three glockenspiels, ten cymbals, six tambourines, and ten Javanese gongs, among other instruments.