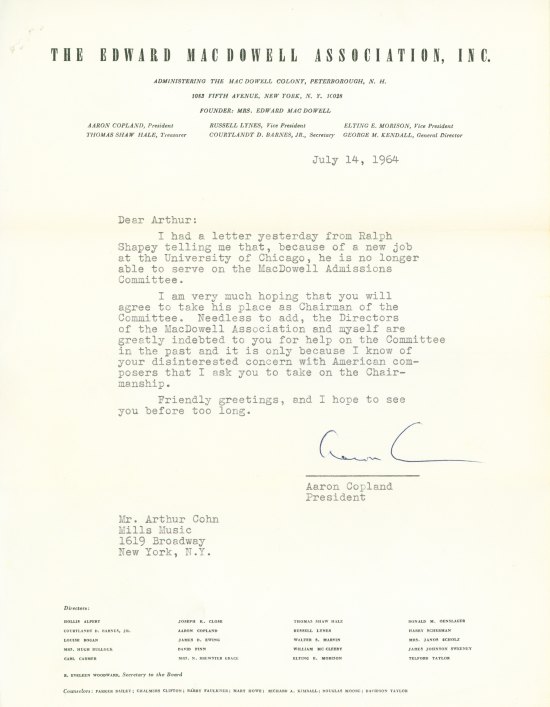 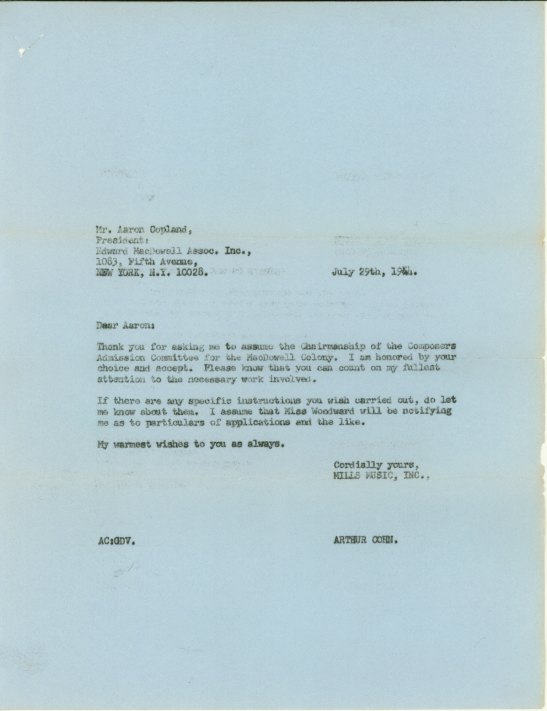 Copland writes to ask if Cohn will take Ralph Shapey's place as Chairman of the MacDowell Association Admissions Committee: the Directors of the MacDowell Association and myself are greatly indebted to you for help on the Committee in the past and it is only because I know of your disinterested concern with American composers that I ask you to take on the Chairmanship. Accompanied by a carbon copy of Cohn's acceptance letter.
Named for the celebrated American composer, the Edward MacDowell Association supported many important twentieth-century artists in their early careers, including Edgard Varèse, Walter Piston, Samuel Barber, and Elliott Carter. Aaron Copland served as president of the Association when he appointed Arthur Cohn as Admissions Chairman. Arthur Cohn was a noted publisher, conductor, and lecturer responsible for the publication of many Charles Ives's works.
Inquire
ALS-08094$450