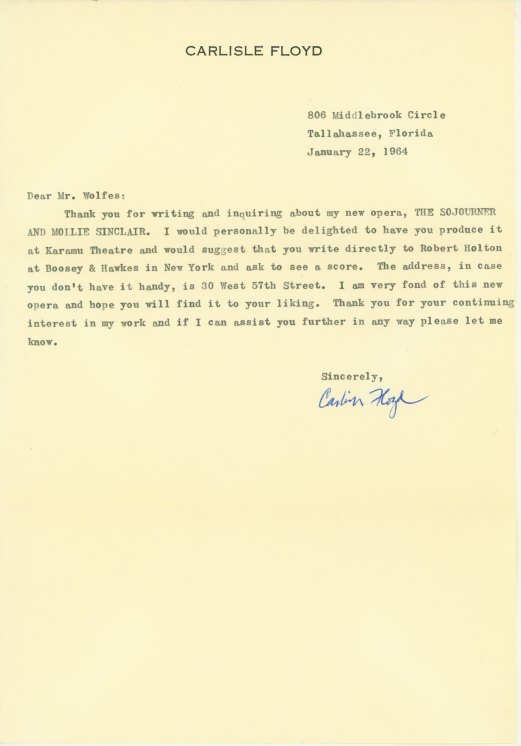 Click Image to ZoomEnlarge Image
Carlisle Floyd, considered by many as the most important American opera composer and librettist in our nation's history, responds to an inquiry from a producer about his new opera, The Sojourner and Mollie Sinclair, writing that he would personally be delighted to have you produce it at Karamu Theatre and would suggest that you write directly to…Boosey & Hawkes in New York and ask to see a score…I am very fond of this new opera and hope you will find it to your liking.

The inquirer, Helmuth Wolfes, conducted the Berlin State Opera before moving to America to conduct the City Center Opera in New York.

The Sojourner and Mollie Sinclair is about Scottish settlers in the Carolinas. Floyd composed it in 1963, shortly before this letter was written. His other well-known operas include Susannah (1955), Wuthering Heights (1958), and Of Mice and Men (1969).
Inquire
ALS-07280$175