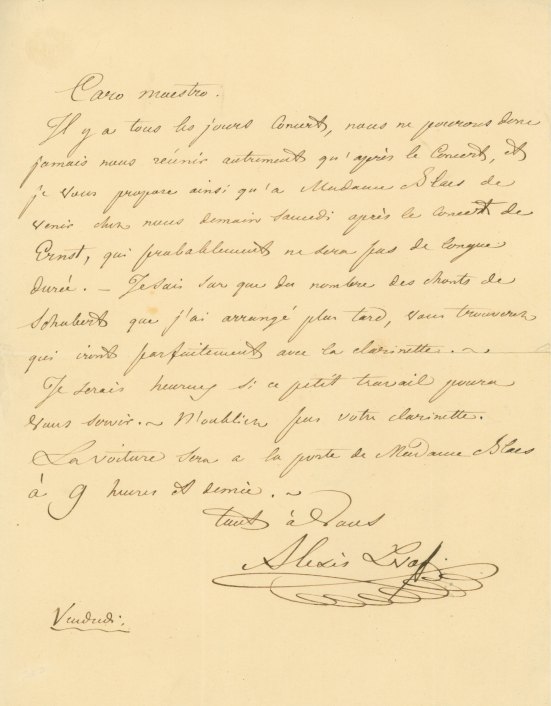 Click Image to ZoomEnlarge Image
The composer of the Russian national anthem writes in French to the Belgian clarinetist Arnold Joseph Blaes, suggesting that he and his wife, the accomplished soprano Elisa Blaes, visit on Saturday afternoon for some musical fun: I am certain that among the number of Schubert songs which I arranged you will find some which go perfectly with the clarinet. I would be delighted if this small effort would be of use to you -- don't forget your clarinet. He signs the letter in full with a flourish.
Although Alexis Feodor Lvoff wrote a sizable amount of liturgical and violin music, he is chiefly remembered for the hymn "Bozhe, tsarya khrani" ("God Save the Tsar"), which he wrote in response to Nicholas I's request for a national song. Instantly popular, it would serve as the anthem of the Russian Empire until the Revolution of 1917.
Inquire
ALS-01223$1,200