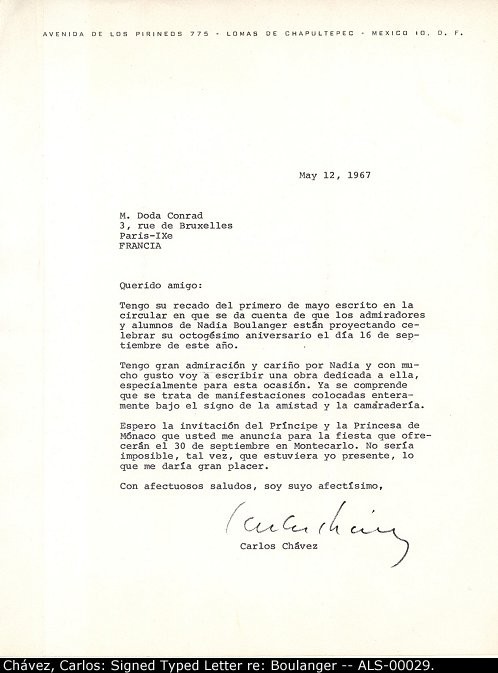 Click Image to ZoomEnlarge Image
A letter to the Polish-American baritone Doda Conrad, thanking him for the invitation to a celebration being given in Monte Carlo for the 80th birthday of the great pedagogue Nadia Boulanger.
Doda Conrad had organized this festival, which was held on Sept. 30th under the auspices of Prince Ranier of Monaco and his wife, the former American film actress Grace Kelly.
Inquire
ALS-01203$150