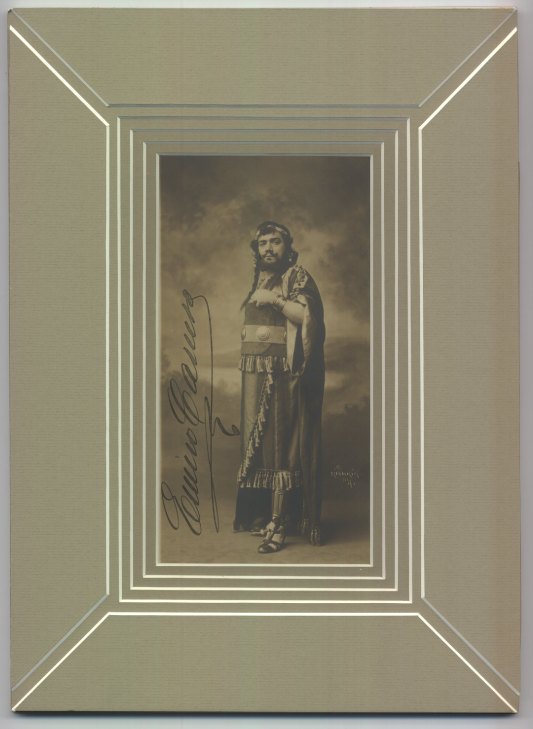 A striking sepia imperial cabinet photograph by Mishkin in which Caruso is shown in costume as Samson in Saint-Saëns' Samson et Dalila and which he has boldly signed vertically.
"Caruso's Samson has become one of the Italian tenor's most impressive portrayals," wrote Max Smith in his review in the New York American, of the opening night performance of in Saint-Saëns' Samson et Dalila in 1918. On two occasions, Enrico Caruso opened the Metropolitan Opera season as Samson - in 1915-16 and, more notably, in 1918-19. By a trick of fate, opening night in 1918 fell on Nov. 11, the day the armistice was declared, ending World War I. The performance of Samson et Dalila that night was conducted by Pierre Monteux, with Louise Homer as Dalila, and it began with a thrilling demonstration of patriotism as the whole company massed onstage to sing the national anthems of all the Allied powers, with Caruso carrying the flag of Italy.
Inquire
PHO-00645$1,750