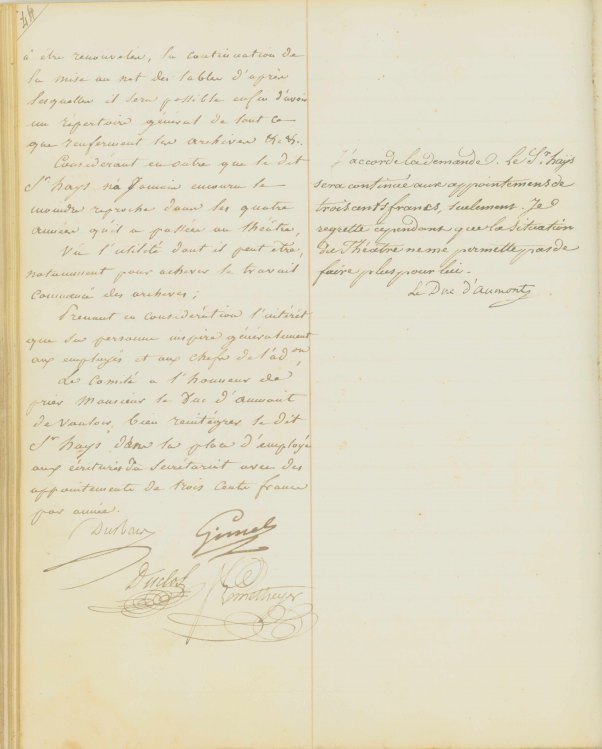 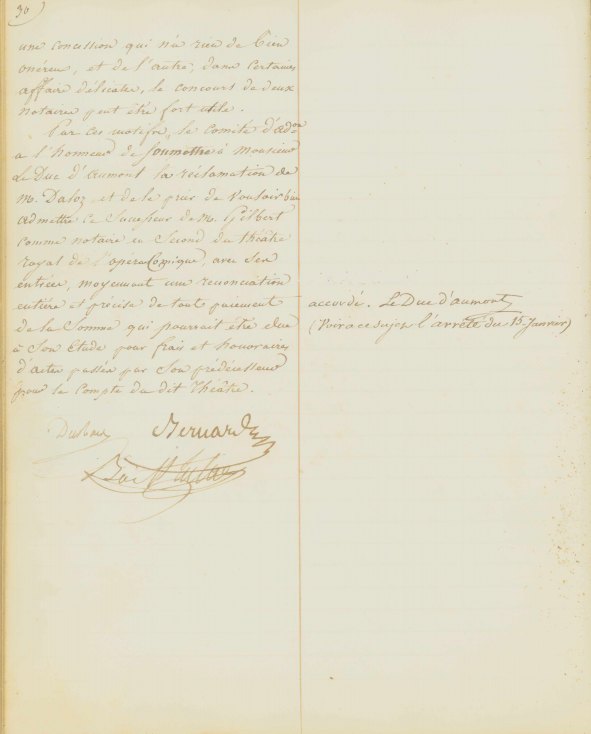 Various recommendations by the administrative committee of the Opéra Comique to the pertinent cabinet member of the King, entered in the left-hand column, with that member's frequent comments and notes of approval appearing in the right-hand column.
The Opéra Comique, known officially today as the Théâtre National de l'Opéra-Comique, is a Parisian opera company that was founded around 1714. The company has made important contributions to the French and European operatic traditions since its inception and premiered many mainstays of the repertoire, including Berlioz's La damnation de Faust and Bizet's Carmen.
Inquire
MAN-14712$600