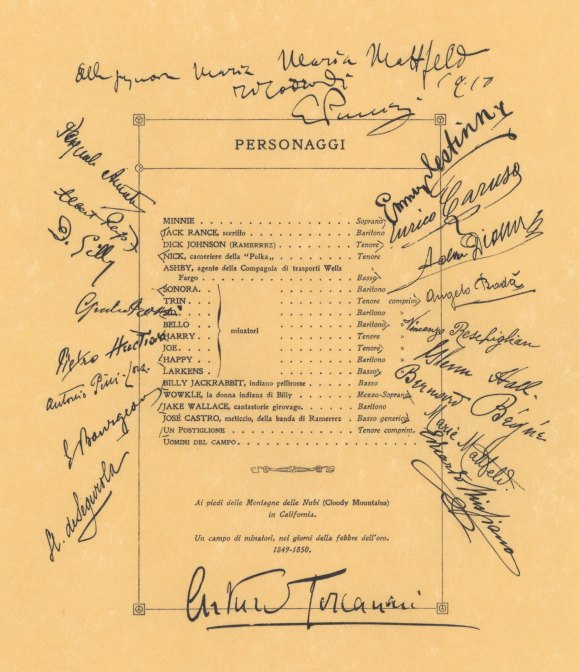 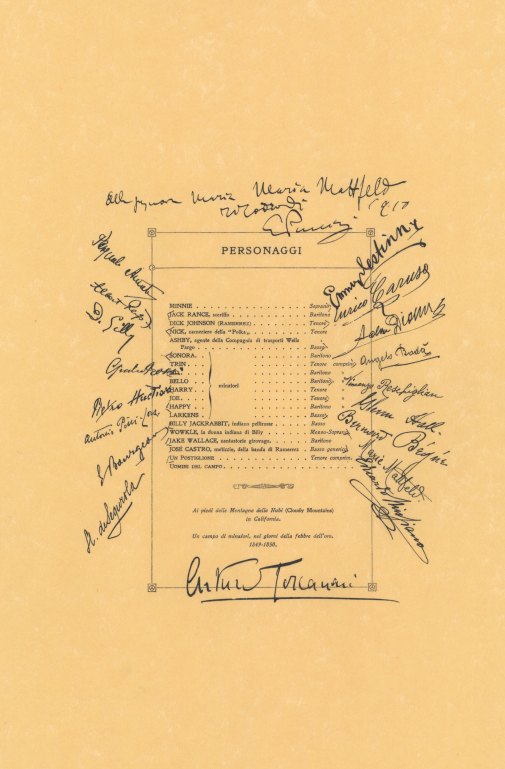 A handsome facsimile on parchment paper of the cast page to the first edition of the score to Puccini's opera La Fanciulla del West. The page shows the signatures of the entire Metropolitan Opera premiere cast, which included Emmy Destinn as Minny and Caruso as Dick Johnson, as well those of as Puccini and Toscanini, who conducted on opening night in 1910.
Inquire
FAC-10996$75