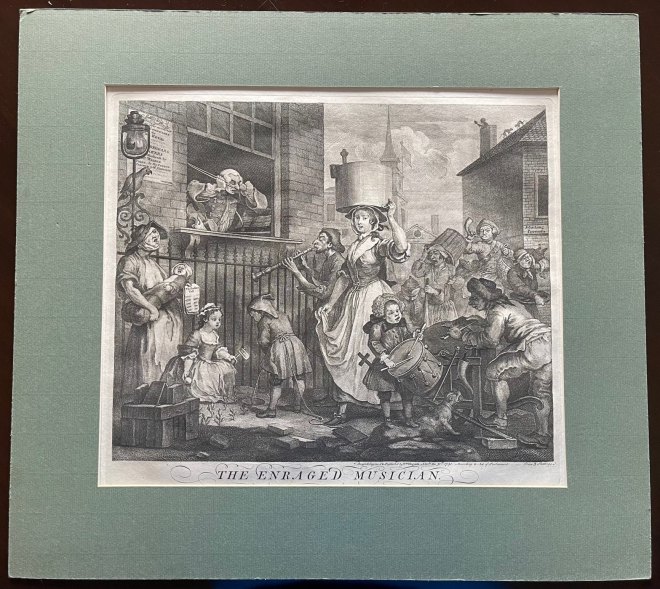 Click Image to ZoomEnlarge Image
In this panorama of street life, Hogarth has elaborated on the devotion of eighteenth-century engravers to depict the itinerant tradesmen of London. Shown are a singer, various characters playing instruments (an oboe, a drum, a ratchet, a horn), as well as others adding to the cacophony, all driving the musician in the window to distraction.

The violinist in the window, appearing as a temperamental Italian maestro, has been identified at various times to be Pugnani, Cervetto, Castrucci, and even Tartini, although he was never in England.

An uncommon copy of the first complete state of this famous and widely reproduced image, presented in a simple green mat. The engraving was one of a pair, the other one being "The Distrest Poet".