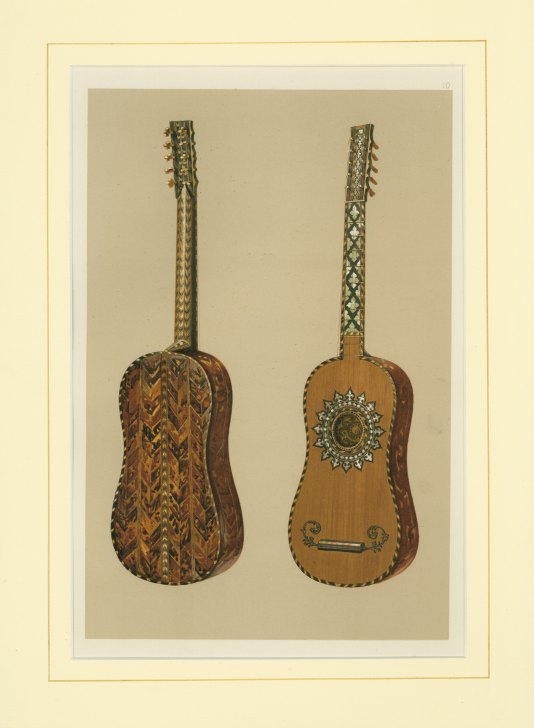 Click Image to ZoomEnlarge Image
A chromolithograph with gum arabic highlights depicting an ornate 10-stringed 16th-century Spanish guitar. The instrument was known as the "Rizzio Guitar" because it was believed to have been given by Mary, Queen of Scots to her private secretary David Rizzio. The plate is from the first edition of Musical Instruments Historic, Rare and Unique by A.J. Hipkins, published in Edinburgh in 1888, with 50 plates by the English artist William Gibb. The book is believed to be the first to illustrate instruments in color.
Inquire
GPH-14281$150