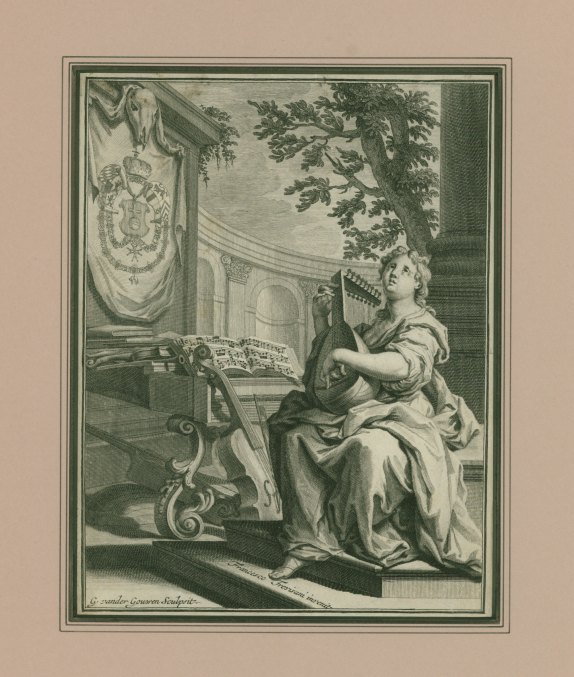 Click Image to ZoomEnlarge Image
G. van der Gouwen after Francesco Trevisani. St. Cecilia, the patron saint of music, is portrayed looking heaven-ward, playing the lute in a garden and surrounded by music and other instruments, in front of a royal crest. Her music is from the first page of the first violin part of Arcangelo Corelli's Op. 6, Concerto No. 1.
This same image, but engraved by Francesco Froripani, was separately used by the Amsterdam music publisher Estienne Roger in 1714 as the frontispiece for Corelli's op 6. Several editions of Corelli's concerti grossi appeared during the 18th century, in various forms.
Inquire
GPH-14179$450