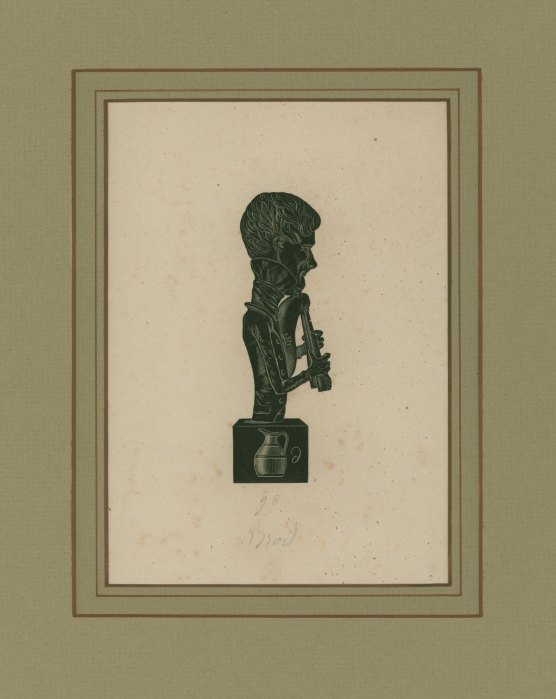 Click Image to ZoomEnlarge Image
Henri Brod (1799 -1839) was a French oboist, instrument builder and composer of the early Romantic Era. Brod was considered a virtuoso and introduced his own innovations in both oboe design and playing style that are still in use today. This lithograph (by?) is after the statuette portrait made by the French portrait sculptor Jean-Pierre Danton (1800-1860), famous as being the inventor of the sculptural caricature. Among his musical subjects were Paganini, Beethoven, Verdi, Liszt and Berlioz.
Inquire
GPH-12770$110