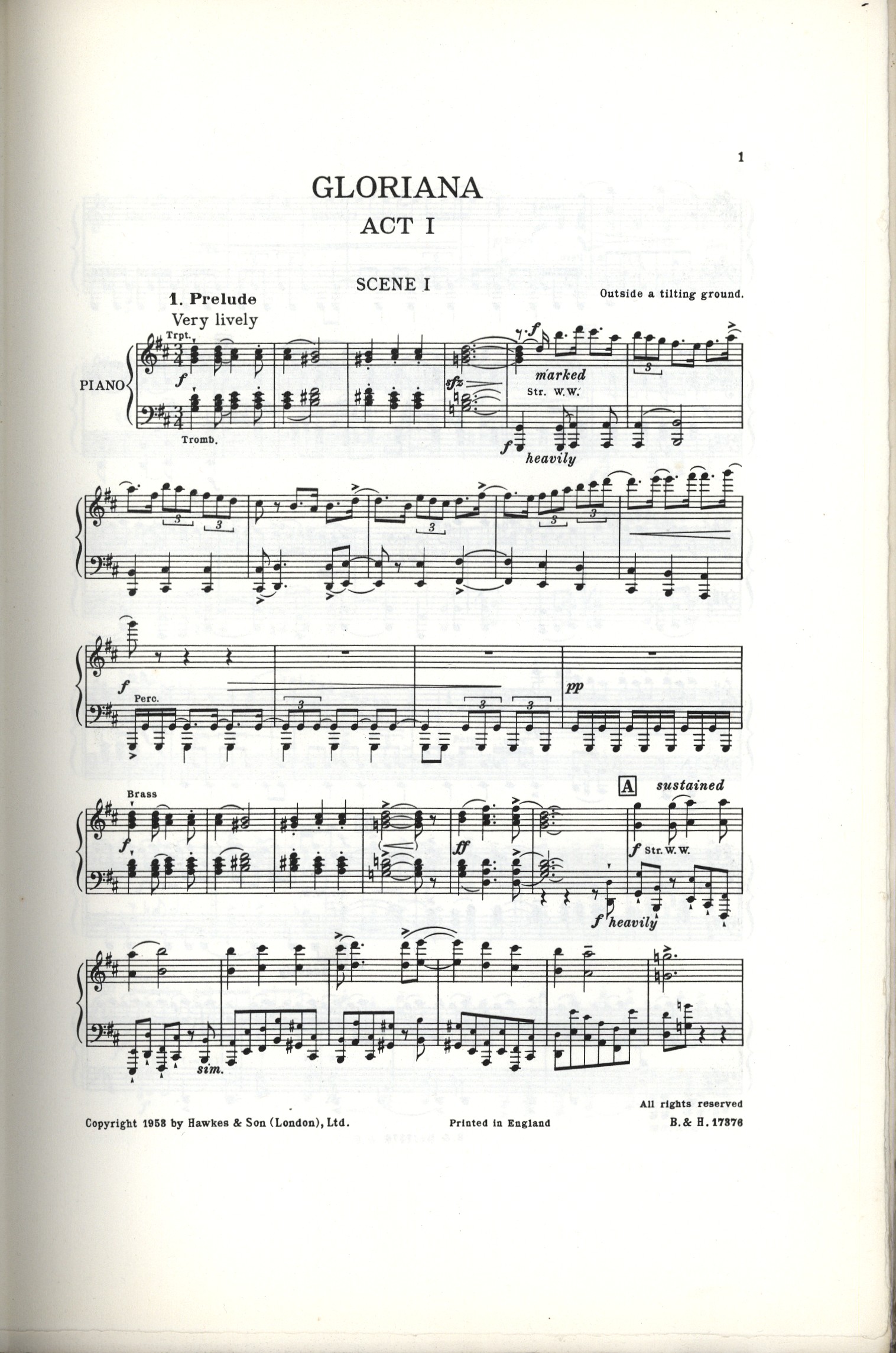 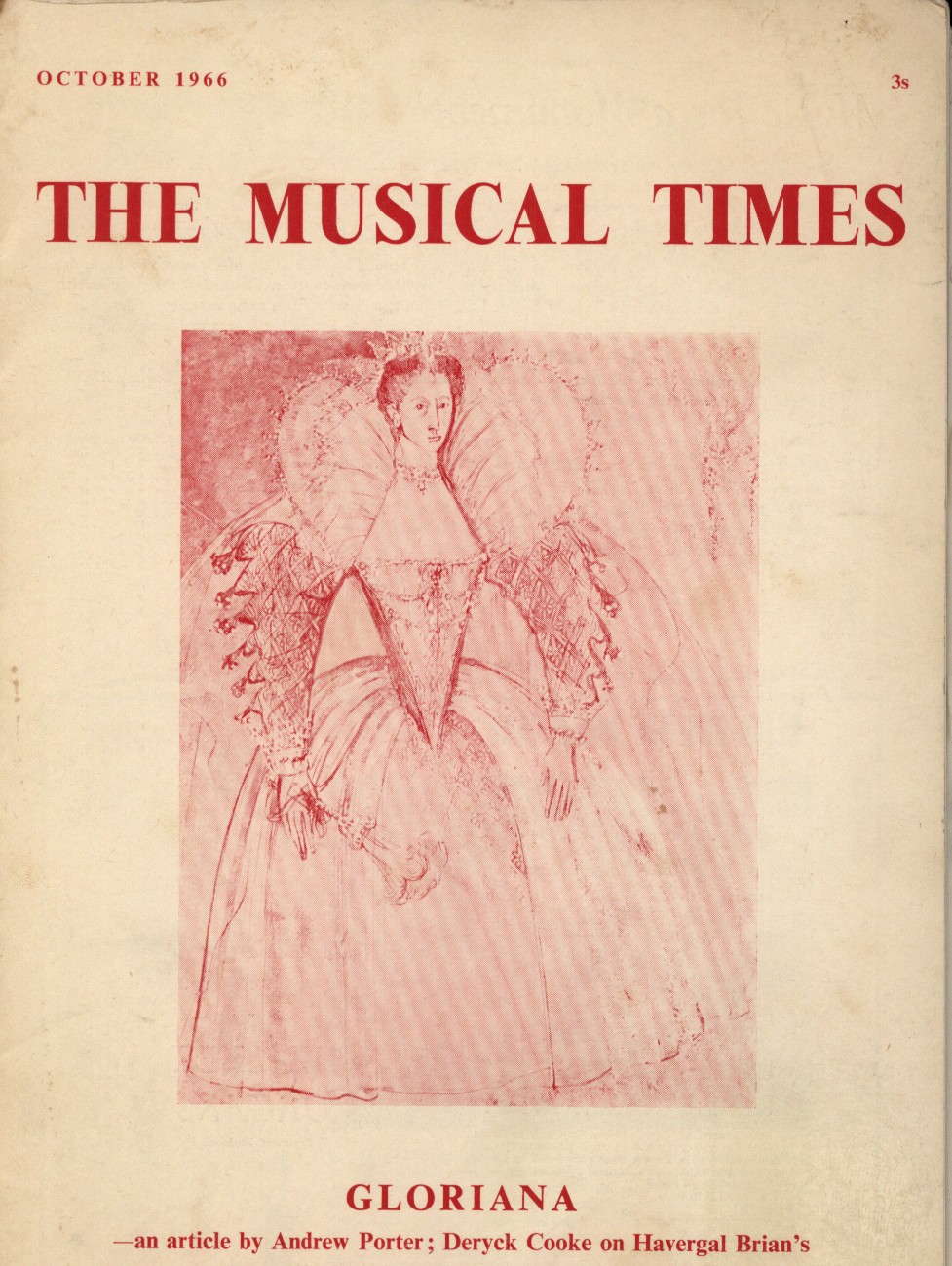 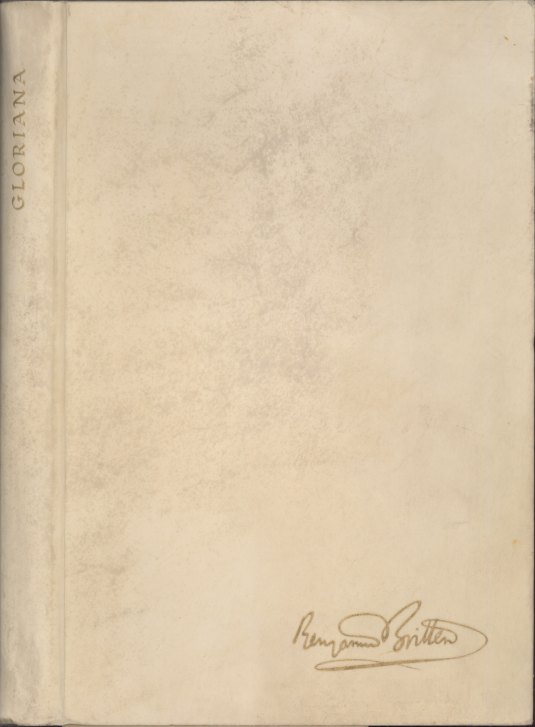 Number 96 of a limited edition of 100 signed by Britten and Plomer on the colophone page. Accompanied by a letter from the British Embassy in Washington presenting this copy to the conductor Alexander Hilsberg on the occasion of the first American performance in New Orleans on Jan. 1, 1956.
Gloriana, dedicated to Queen Elizabeth II, celebrates the greatness of Queen Elizabeth I and was specially commissioned for the Coronation of her successor, Her Majesty Queen Elizabeth II.Also included is a copy from Oct. 1966 of The Musical Times which contains an article about Gloriana by Andrew Porter.
Inquire
SSC-10821$1,650