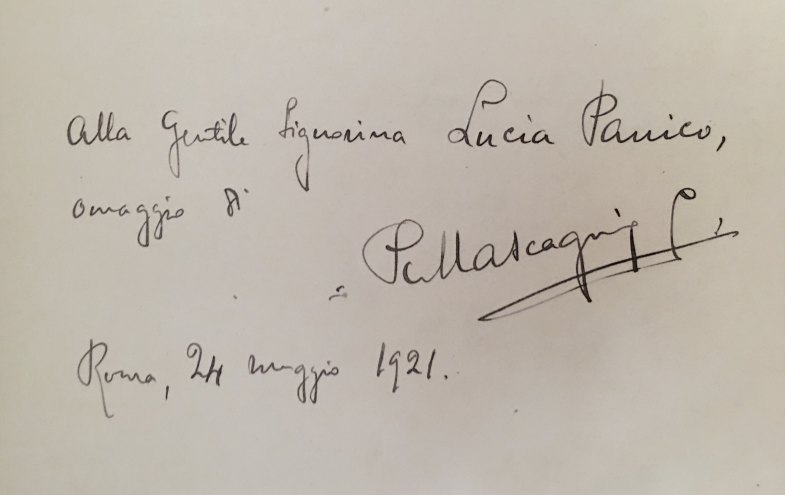 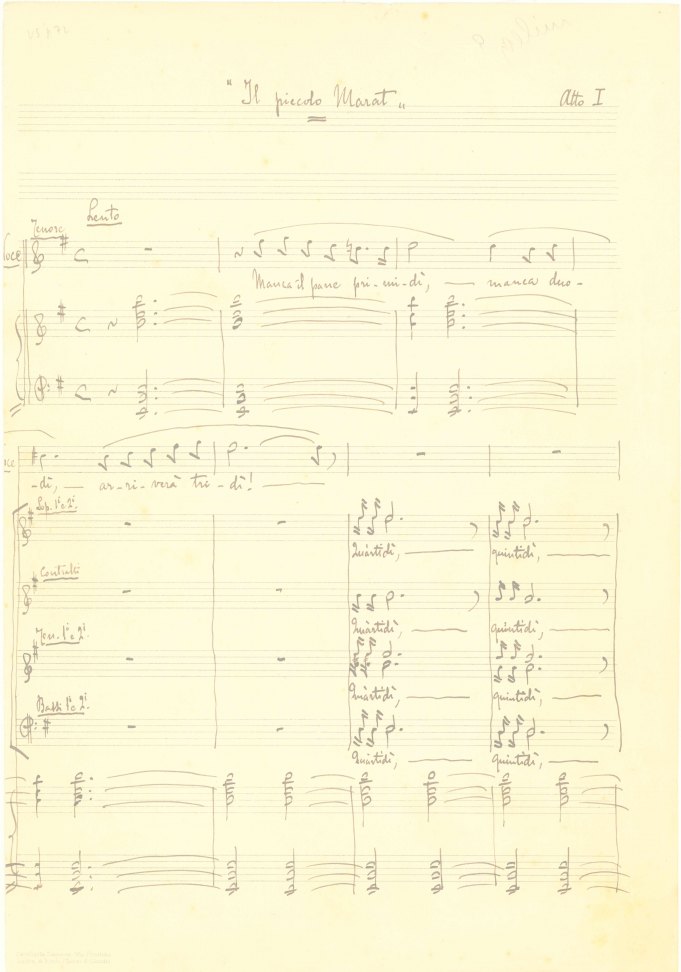 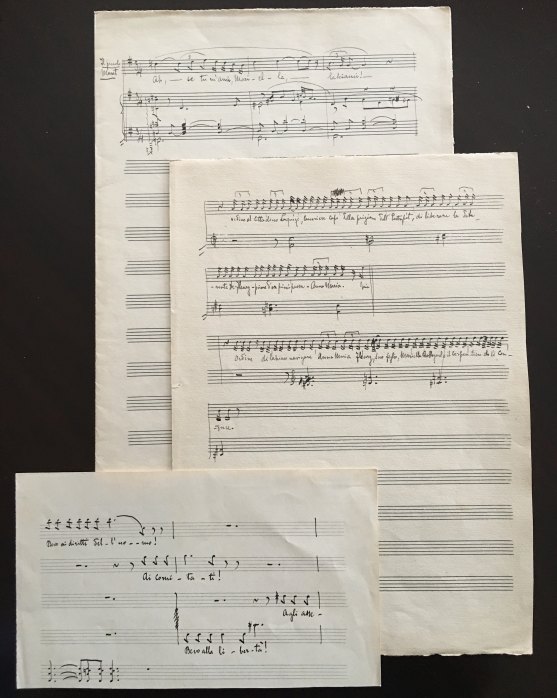 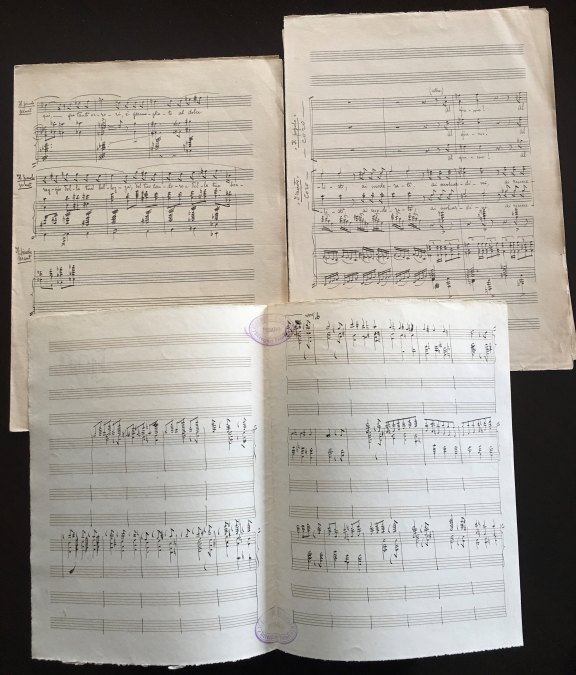 A first-edition score signed three weeks after the premiere and eight autograph manuscript leaves in a beautiful custom box.

The score is inscribed, signed, and dated on the title page by the composer three weeks after the first performance: Alla Gentile Signorina Lucia Panico, | Omaggio di | P Mascagni | Roma, 24 Maggio 1921. This first-edition piano-vocal score was published the same year as the opera's premiere. (It is unclear if a full orchestral score was ever published.)

The autograph manuscript consists of eight loose leaves that appear to be working drafts of different, short excerpts of the opera. The excerpts range from a few bars to three contiguous pages (see images).

Mascagni's Il Piccolo Marat, a verismo opera on the French Revolution, premiered at the Teatro Costanzi in Rome in 1921. It was an immediate success, owing in no small part to the work's condemnation of violent rebellion, which resonated with Italian ideology of the time.
Inquire
SSC-10803$1,500