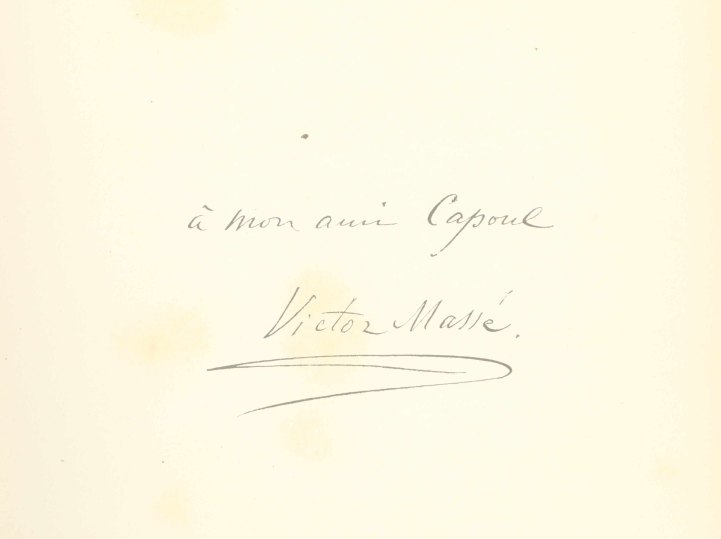 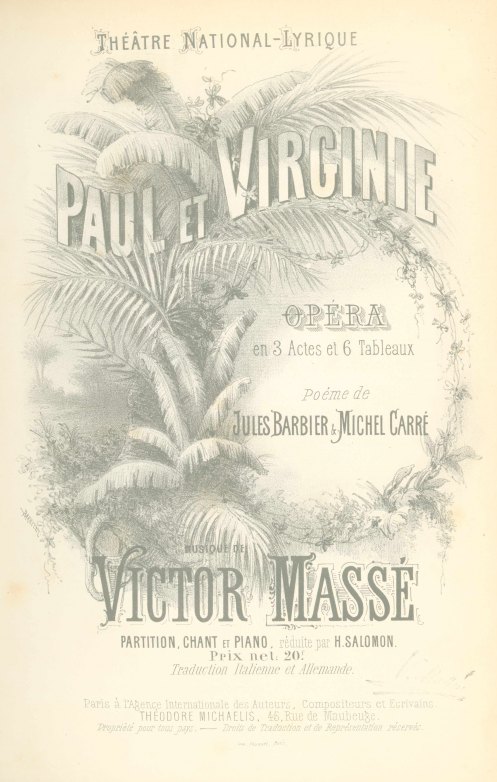 Inscribed and signed on the first blank to the French tenor Victor Capoul: à mon ami Capoul | Victor Massé. This is a first-edition piano-vocal score published the same year as the opera's premiere (publication date as per WorldCat); it does not seem that a full orchestral score was ever published.

Capoul premiered the title role of Paul at the Opéra National Lyrique in 1876 and reprised it in 1878 for the opera's first performance at Covent Garden.

Paul et Virginie was among Massé's final works, composed just before he left his post at the Conservatoire to cope with a nerve disease that would eventually confine him to his home.
Inquire
SSC-06075$225