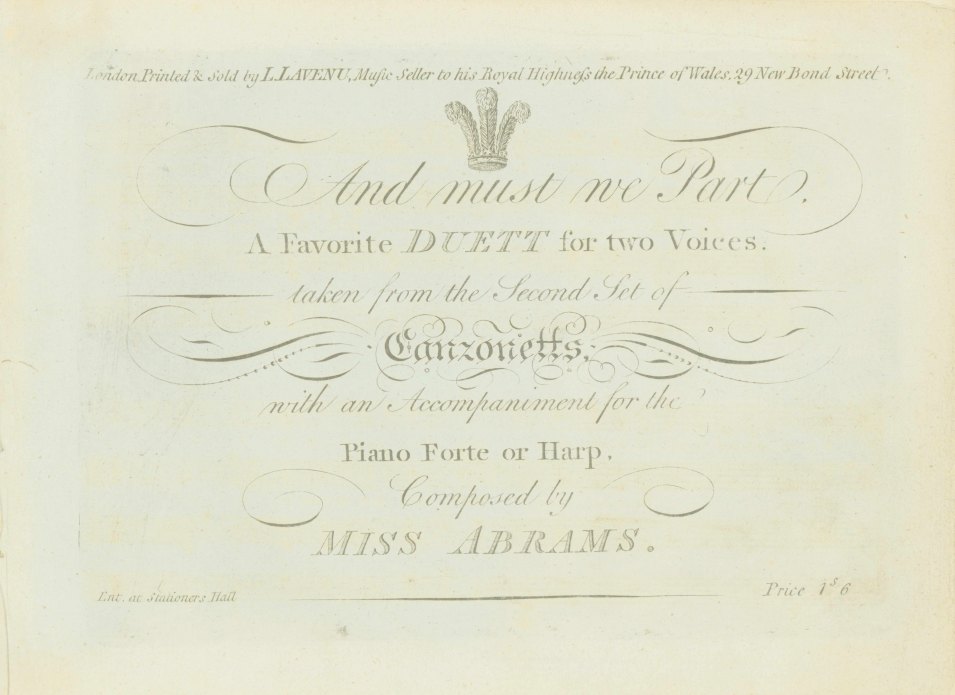 Click Image to ZoomEnlarge Image
Harriett Abrams was an English concert singer and composer. Burney praised the sweetness of her voice and Haydn himself accompanied three of her benefit concerts in the 1790s. All of her compositions are for voice and include two sets of canzonets, Scottish songs, and several ballads.

This song was published between 1789 and 1805, based on publisher's address. A scarce edition.