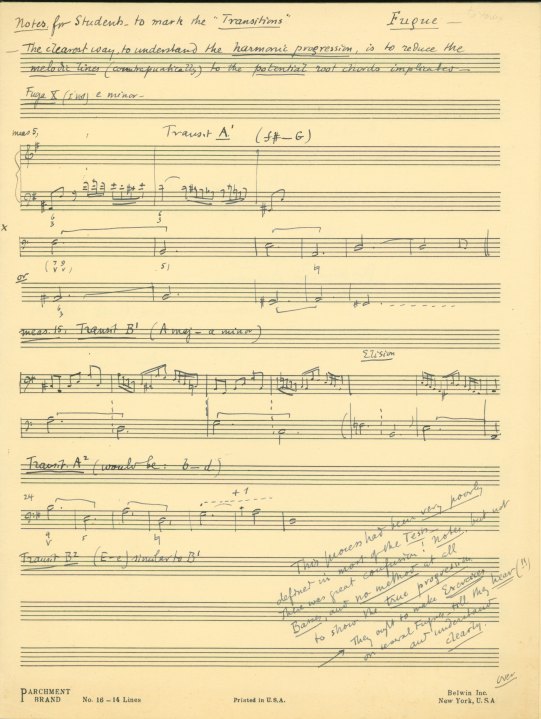 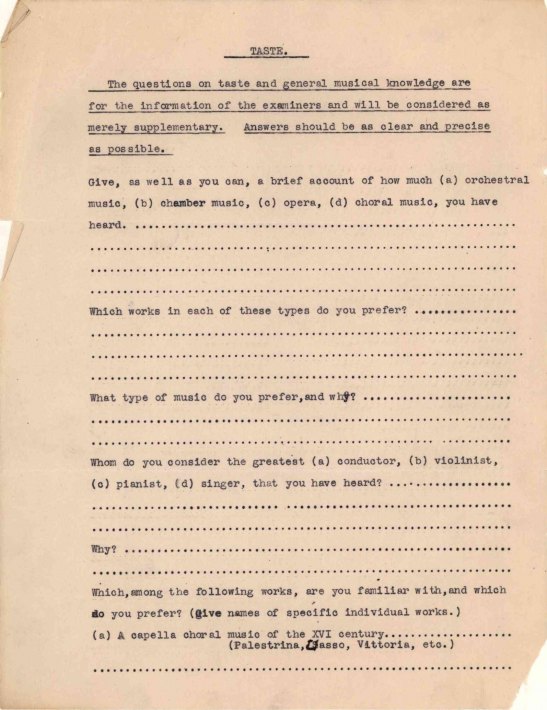 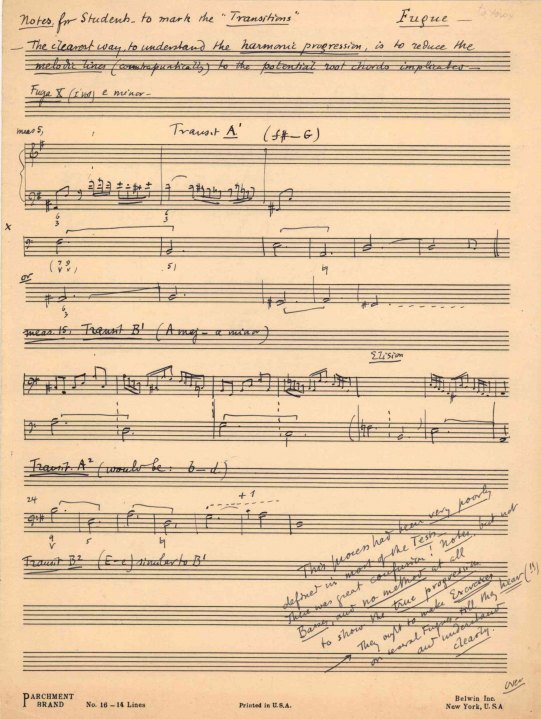 Two assessment documents formulated and used by Ernest Bloch at the Cleveland Institute of Music.

The first is a typed three-page Questionaire [sic] Pertaining to Mr. Ernest Bloch's Master Courses, seemingly administered to determine the musical background and knowledge of each student prior to beginning study. Signed in pencil at the top Return to Mr. Bloch, the composer makes small emendations throughout and writes in additional questions at the bottom of the first page, including: Do you intend to become a professional musician?

The second is a contrapuntal exercise written in Bloch's hand: Notes for Students - to mark the 'Transition'. He notes the following at the bottom in another pen: This process had been very poorly defined in most of the tests--There was great confusion! Notes, but not Basses, and no method at all to show the true progression. They ought to make Exercises on several Fugues till they hear (!!) and understand clearly. He includes an additional handwritten page titled Work for the Student.

Swiss-born American composer Ernest Bloch served as the founding director of the Cleveland Institute of Music from 1920 to 1925, where he taught composition, conducted the orchestra, and offered masterclasses to the general public. His pedagogical approach was progressive, if not at times radical: believing experience to be the best teacher, he proposed the elimination of testing and textbooks. The Institute's trustees disagreed, though, and Bloch resigned five years into his tenure.
Inquire
MAN-14432$400