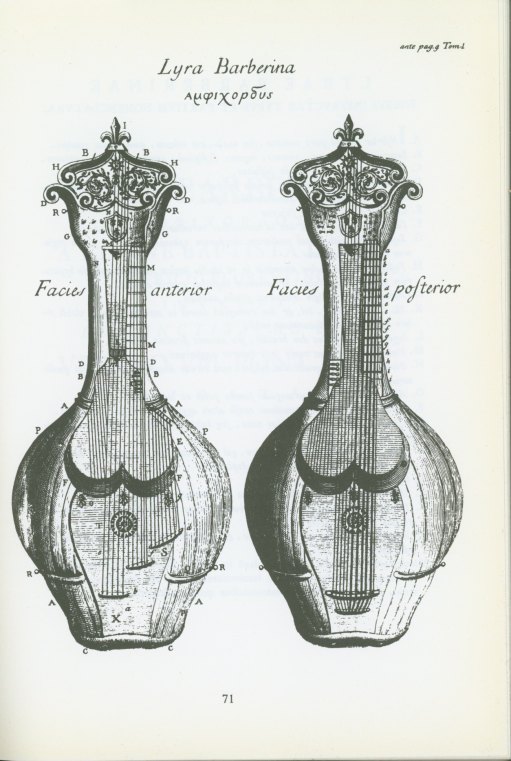 Click Image to ZoomEnlarge Image
Giovanni Battista Doni was an Italian musicologist who studied ancient music. He was also known for having changed the name of note Ut ( C) in solfege to Do after his own family name. The Lyra Barberina, the focus of this facsimile and book, was a double lyre which Doni reconstructed based on his studies of ancient music. The lyre was named after his patron, Cardinal Francesco Barberini (1597-1679).
Inquire
FAC-11352$200