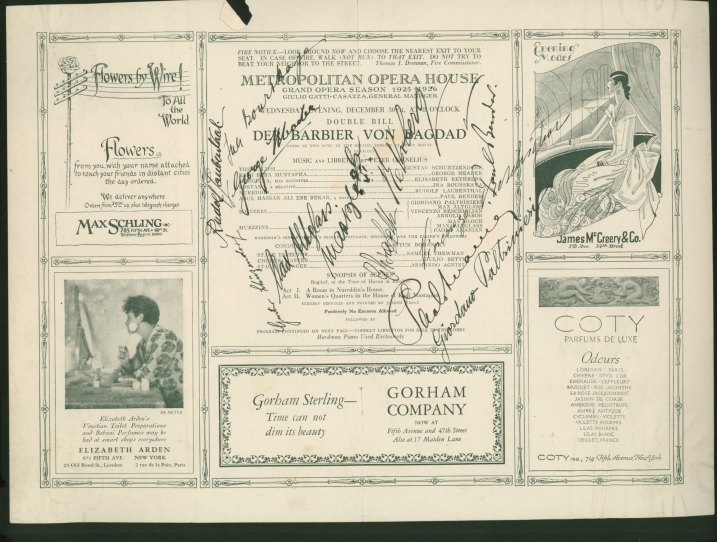 Click Image to ZoomEnlarge Image
The legendary Russian bass Feodor Chaliapin returned to the Met in the autumn of 1925 for a run of four performances of Boris Godunoff (sung in Italian), of which this was the second. Virtually the entire cast signed this program centerfold including Chaliapin and Tibbett.

On the verso is a program centerfold from the Dec. 30, 1925 performance of Peter Cornelius’s rarely performed comic opera Der Barbier von Bagdad. Almost the entire cast has signed this page.