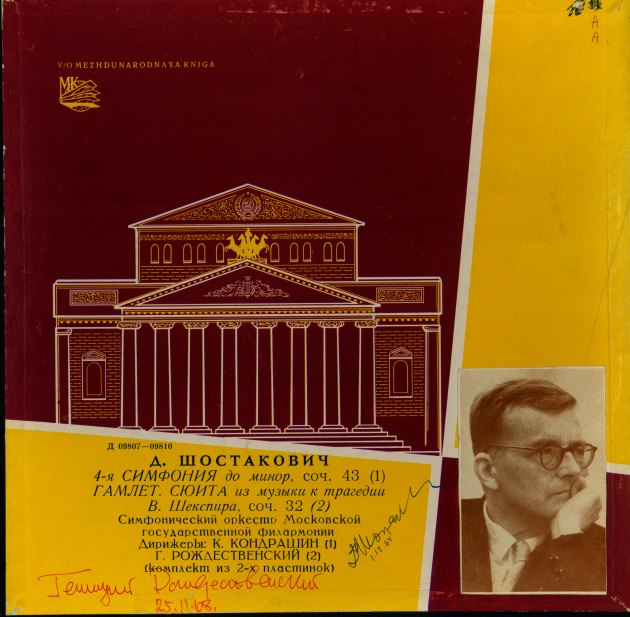 Click Image to ZoomEnlarge Image
Signed by both composer and conductor.

Rozhdesvensky, who died in June 2018, was a leading Soviet conductor and close associate of Shostakovich. According to the New York Times obituary for Rozhdesvensky, the conductor "recorded some 786 works" and Schnittke wrote: “I once calculated that there are now some 40 compositions written for Rozhdesvensky—either derived from his ideas or else he was the first to conduct them." He conducted the western premiere of Shostakovich's Fourth Symphony (one of the works in this set) at the Edinburgh Festival of 1962, with Shostakovich attending.
Inquire
ODA-08877$1,000