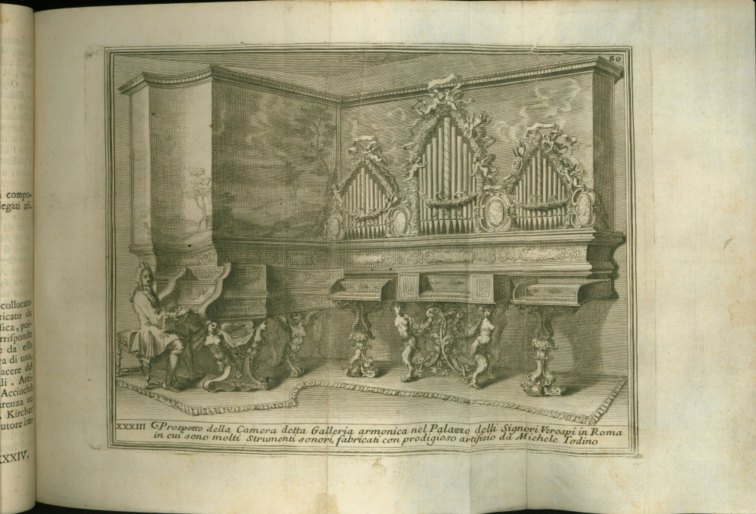 The plates in this beautifully-illustrated and famous book include illustrious known instruments such as the Verospi organ in Rome (the fold-out plate) as well as others that were "highly imaginative". Charming inaccuracies might be forgiven in this early attempt to describe and illustrate every known musical instrument including those from America, Africa, Asia, and the Middle East, most of which the author had never seen.

Because of the collectability of the individual plates, it is increasingly rare to find a good complete copy.