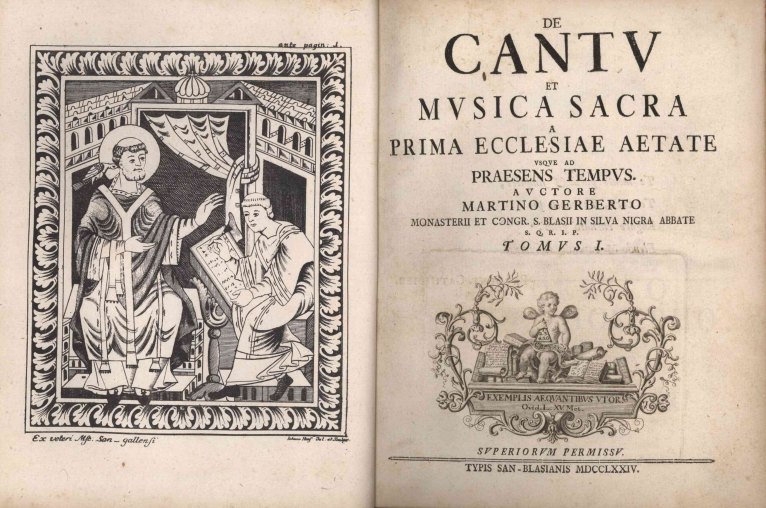 The second volume of De cantu et musica sacra was nearly lost forever when a fire destroyed Gerbert's library in 1768. Fortunately, the noted pedagogue Padre Martini, with whom Gerbert initially intended to collaborate on the project, already had copies of Gerbert's notes from which the volume could be published in full.

German theologian and historian Martin Gerbert traveled extensively throughout the 1750s and 1760s, consulting with archivists at medieval libraries to produce some of the earliest histories of sacred music. Owing to the breadth and rigor of his research, scholars today figure him among the founders of modern Musicology.
Inquire
BKS-04628$1,500