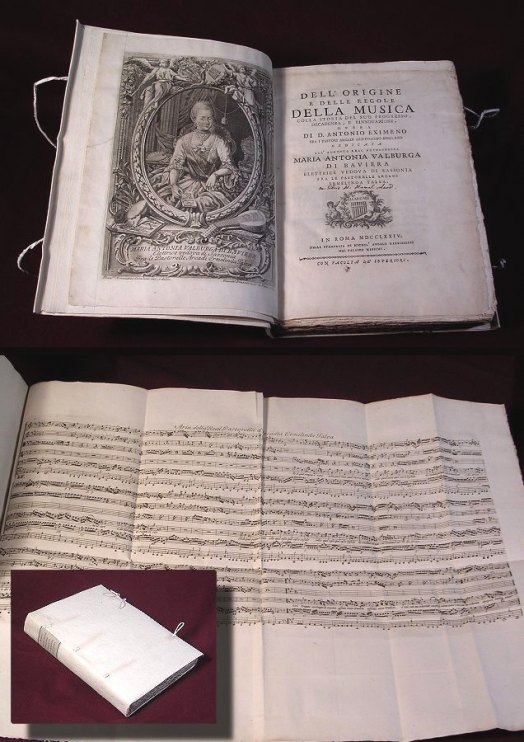 Click Image to ZoomEnlarge Image
The Spanish theorist Padre Eximeno was forced to leave Spain with the expulsion of the Jesuits in 1767. He settled in Rome where he published this his first work which, according to Grove VI, " shows a strong bias against contrapuntal rules and against linking music with his former speciality, mathemaics.... Late 19th-century Spaniards rightly considered Eximeno a national hero in his polemical and theoretical battles with Tartini, Cerone, Rameau, Euler and Martini..."
Inquire
BKS-04627$1,300