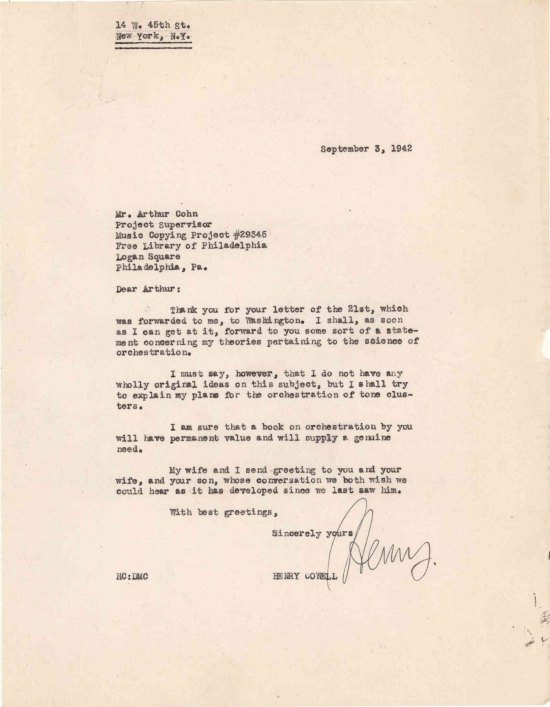 Two letters from Henry Cowell in response to Arthur Cohn's request for information on the composer's theories pertaining to the science of orchestration. In the first letter, Cowell promises to send something along but admits I do not have any wholly original ideas on this subject. In the second letter, Cowell writes at length about his approach to orchestration, devoting most of the page-long letter to the scoring of tone clusters with references to specific works throughout.
When Arthur Cohn began his noted book on orchestration, several leading American composers enthusiastically offered him their input and music, just as Cowell does here. Although Cohn never finished the project, which was to be titled The Art and Science of Orchestration, his drafts, notes, illustrations, and research clippings are intact at the New York Public Library.
Inquire
ALS-15280$400