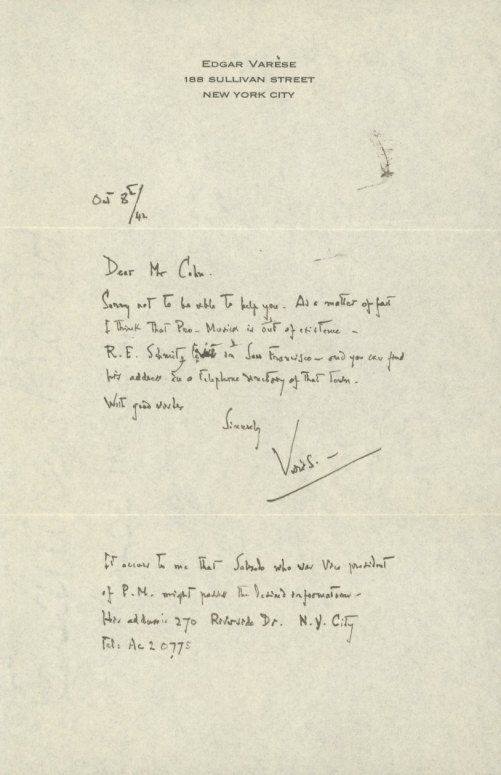 Varèse, one of the boldest innovators of 20th-century music, writes to Arthur Cohn, informing him "that the Pro-Musica is out of existence" and suggests he contact R.E. Schmitz in San Francisco. In a postscript he writes "Salzedo, who was vice president of P.M. might possess the desired information."

Arthur Cohn was a publisher, conductor and orchestrator who worked at Carl Fisher and was responsible for publishing many of Ives's works. He was also director of the Edwin Fleischer Collection in Philadelphia from 1934-52.Robert E. Schmitz was a prominent pianist and president of Pro Musica. The composer Carlos Salzedo was vice president of the same progrssive organization
Inquire
ALS-08166$575