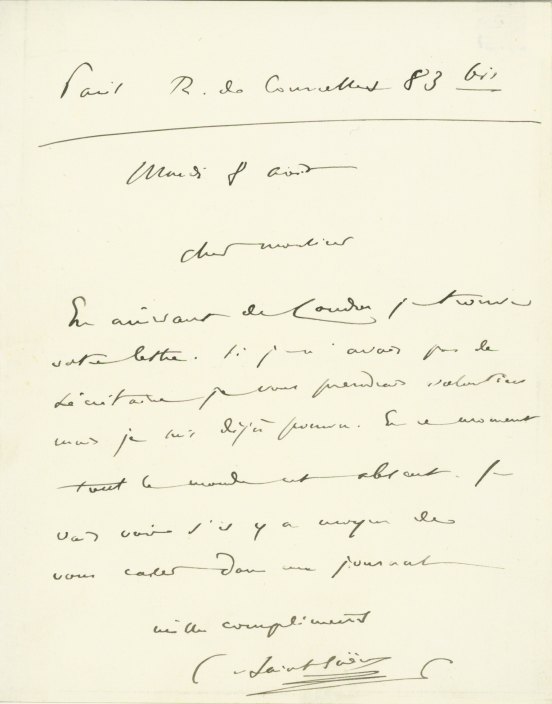 Click Image to ZoomEnlarge Image
The composer responds politely but negatively to someone's request for employment as a male secretary: Arriving back from London I found your letter. If I didn't have a secretary I would happily take you but I am already provided for. At this moment everyone is absent…
As Saint-Saëns writes after a trip to London, this letter must date to or after 1871, the year he first visited England. He would return there for various musical reasons throughout the years: he played for Queen Victoria and studied Handel manuscripts at the Buckingham Palace library; he conducted the premiere of this Third Symphony in 1886 in London and an oratorio performance of Samson et Dalila at Covent Garden in 1893; he was awarded honorary doctorates by the universities of Cambridge and Oxford; and, after composing a march for the coronation of Edward VII in 1902, he was made a Commander of the Victorian Order.
Inquire
ALS-01243$250