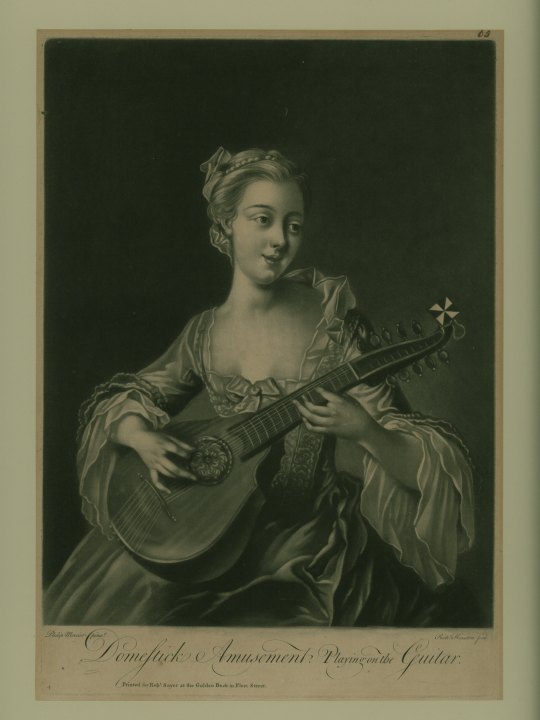 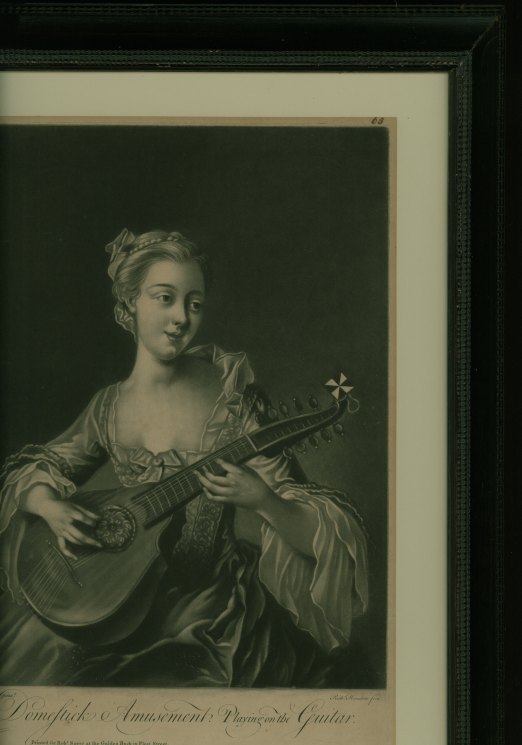 A fine mezzotint by the Irish engraver Richard Houston after the French painter and etcher Philippe Mercier (1689-1760), both of whom worked in London. Entitled Domestic Amusement. Playing on the Guitar, it is a portrait of an elegant lady playing a typical 10-string English cittern, a common instrument during that period and which is basically a guitar.
Inquire
GPH-14252$850