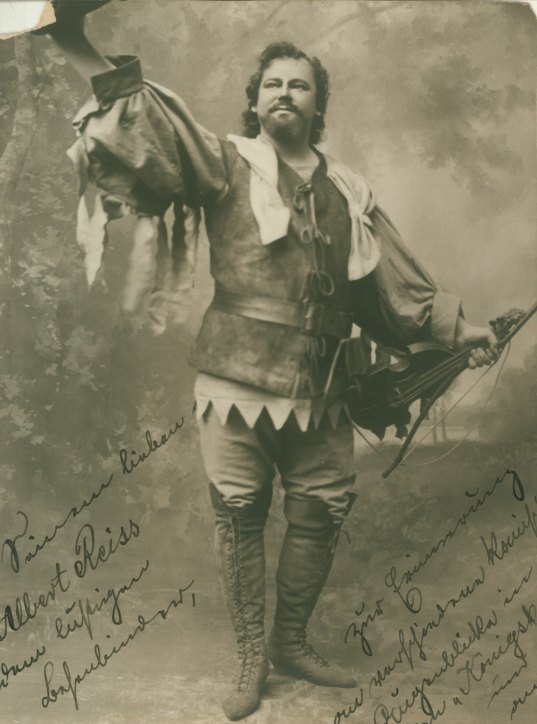 Click Image to ZoomEnlarge Image
Handsome, exuberant sepia production photo of baritone Otto Goritz in the Metropolitan Opera's 1910 world premiere of Engelbert Humperdinck's Königskinder, warmly inscribed in German (but not signed) by Goritz to Albert Reiss. (Both were prominent in the opera's premiere cast.)
German baritone Otto Goritz created the key role of the Fiddler in the acclaimed world premiere of Königskinder at the Met on December 28, 1910. The composer was in attendance, with a cast led by Geraldine Farrar, Hermann Jadlowker and Goritz. In its rave review, the New York Times praised the humor and spirit of the baritone's portrayal, in a role "admirably suited to him."
Inquire
PHO-11262$100